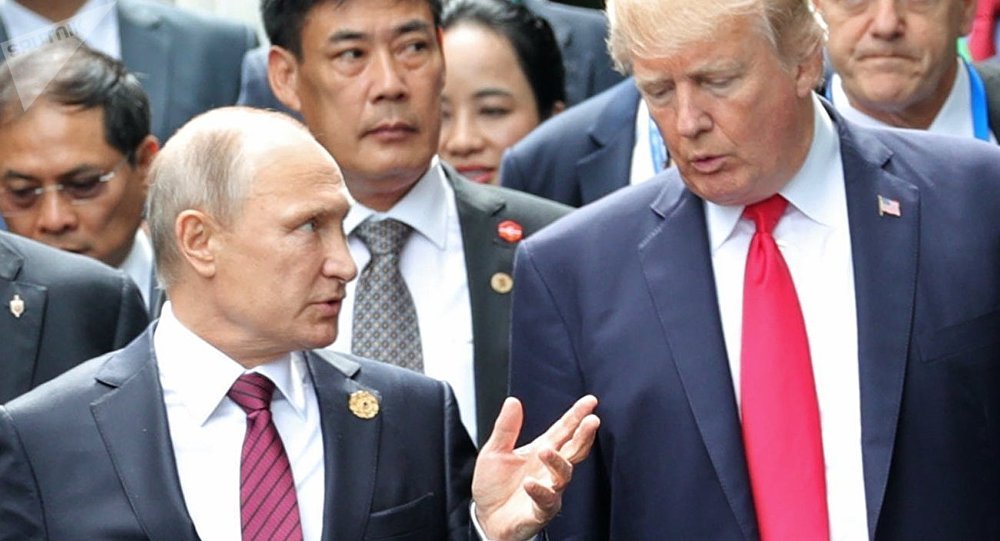 MOSCOW (Sputnik) - US President Donald Trump suggested ahead of his meeting with Russian President Vladimir Putin that the Russian leader was a "ruthless" person, noting that he did not know Putin.

"I can’t tell you that, I assume he probably is. But I could name others also. Look, if we can get along with Russia that’s a good thing. I don’t know him [Putin]. I met him a couple of times, I met him at the G20… I think we could probably get along very well," Trump said in an interview with the Mail on Sunday, answering a question if Putin was a ruthless person. 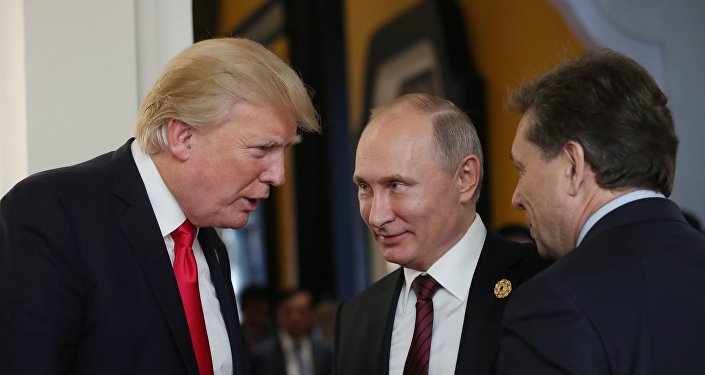 © Sputnik / Mikhail Klimentyev
Summit's Mobile App Reveals Details of Putin-Trump Direct Talks in Helsinki
Trump said that it was too early to say if he and his Russian counterpart are friends or enemies, reiterating that he and Putin were competitors right now, noting that to get along with Russian would be a "good thing" for the United States "and frankly the UK and other places."

Donald Trump gave interview to Piers Morgan onboard Air Force One during his first official visit to the to the United Kingdom. During the interview US President commented on his meeting Queen Elizabeth II at Windsor Castle, saying that the Queen is "an incredible woman, she is so sharp, she is so beautiful, when I say beautiful — inside and out. That is a beautiful woman."