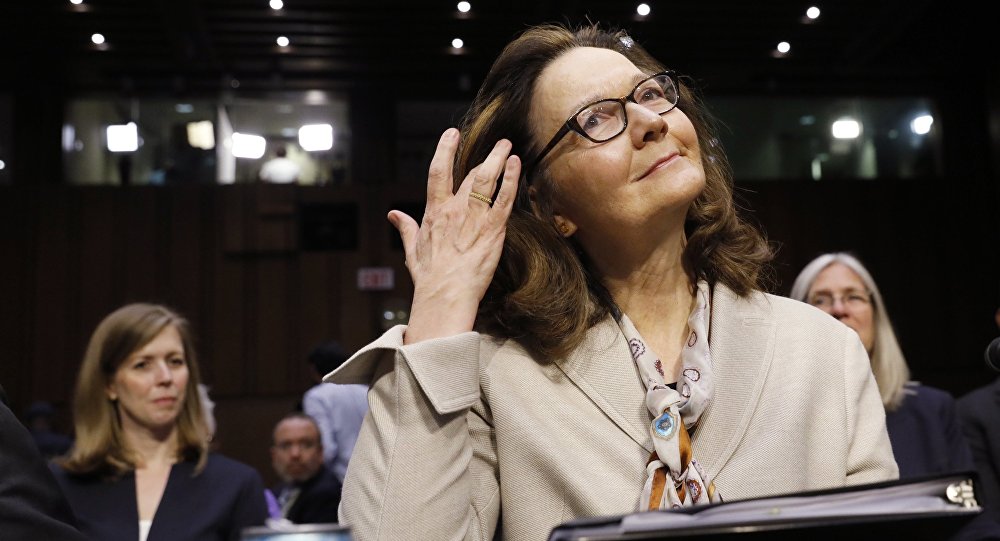 WASHINGTON (Sputnik) - US Acting Central Intelligence Agency (CIA) Director Gina Haspel said in testimony on Wednesday before the Senate Intelligence Committee that the agency will not restart a detention and interrogation program if she is confirmed as director.

"I can offer you my personal commitment clearly and without reservation that under my leadership, on my watch, CIA will not restart a detention and interrogation program," Haspel said during a confirmation hearing on her nomination to become the next director of the agency.

Speaking further, Haspel said that the agency should put more agents in the foreign field to respond to potential threats coming from Russia, Iran, North Korea and China.

"It includes raising our investment against the most difficult intelligence gaps, putting more officers in the foreign field where our adversaries are, and emphasizing foreign language excellence," Haspel told lawmakers. "This is especially true when it comes to confronting threats from North Korea, Iran, Russia, and China."

The CIA nominee noted the agency is now facing significant challenges such as a nuclear threat from Iran, an "aggressive and sometimes brutal Russia," as well as the long-term implications of China's ambitions.

According to Haspel, she backed destroying the agency's interrogation videos to avoid security risks to officers.

"I absolutely was an advocate if we could within and conforming to US law and if we could get policy concurrence to eliminate the security risks posed to our officers by those tapes," Haspel told members of the Senate Intelligence Committee.

The CIA director nominee pointed out she did not run the interrogations department and added that though she never watched the tapes, she understood that CIA officers were exposed at a very dangerous time.

She added that CIA lawyers advised there was no legal requirement to keep the tapes and no legal impediment to disposing of the records.

Earlier in the day, 115 former US ambassadors said in a letter to the Senate Intelligence Committee that confirming Gina Haspel for the position of Central Intelligence Agency director would undercut the work of US diplomats around the world who continuously explain to foreign counterparts why the US does not believe in torture.

© AP Photo / J. Scott Applewhite
CIA Must Release Records on Haspel Involvement in Torture Program - US Senators
The ambassadors said that if evidence proves Haspel participated in torture, detainee abuse, or destroying evidence related to those activities, her nomination should be rejected.

Gina Haspel oversaw the interrogation of a detainee at a secret US prison in Thailand who was waterboarded 83 times in a single month. She also reportedly participated in the destruction of videos of interrogations that have since been considered as torture and outlawed by Congress.

US media reported that Haspel has told multiple US Senators in private meetings that she would never allow the CIA restart an interrogation and detention program.

CIA Can ‘Selectively’ Share Secrets With Pet Reporters Without Challenge