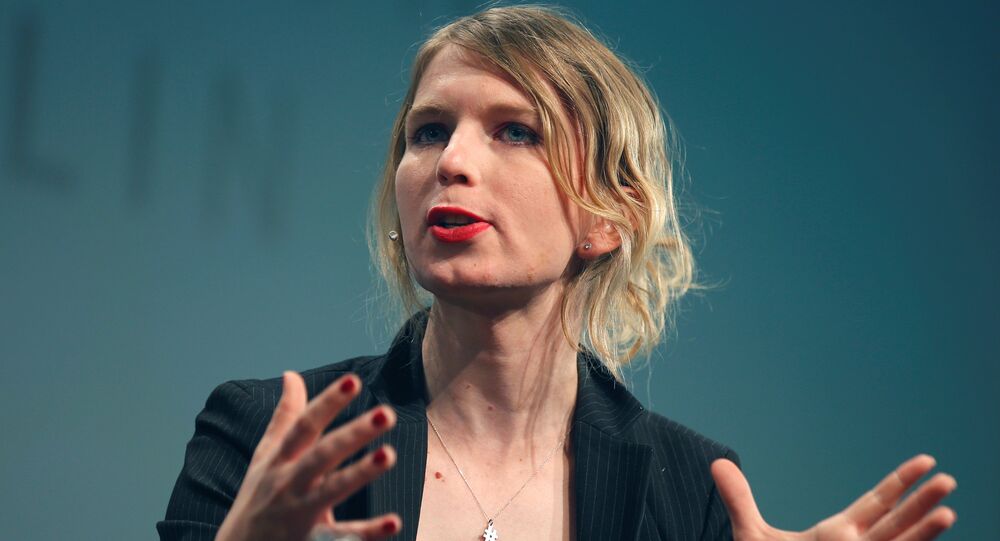 The 30-year-old former Army intelligence analyst who served seven years in prison for leaking classified information to WikiLeaks says her campaign is aimed at fighting a rising tide of repression facing Americans.

"The rise of authoritarianism is encroaching in every aspect of life, whether it's government or corporate or technological," Manning warned in an interview with The Associated Press.

© REUTERS / Mike Segar
Like Obama, Like Trump: Whistleblower Crackdown Sees FBI Leaker Facing Jail
The transgender activist, who announced her candidacy for the Democratic Party's nomination in the upcoming US Senate election for the state of Maryland earlier this year, said she doesn't actually consider herself a Democrat, but would like to shake up the party's establishment, which she accused of "caving in" to the president.

Manning's platform includes promises to restructure the criminal justice system, close prisons and free inmates, provide universal health care and a basic income, and eliminate national borders, including the abolition of the US Immigration and Customs Enforcement agency.

The candidate says her life experience, from her time as a homeless person on the streets of Chicago to her experience in the military and her time in prison make her an effective candidate with a "bigger vision" than career politicians.

Manning was charged with 22 offenses, including violating the Espionage Act and stealing government property, and sentenced to 35 years in prison for her 2010 leak of hundreds of thousands of government documents, including videos of suspected war crimes in Iraq and Afghanistan. Coming out as transgender in 2013 after her court martial, Manning had her sentence commuted by President Obama at the end of his term. A UN official has described her treatment in prison as "cruel, inhuman and degrading." Manning made two suicide attempts in 2016.

‘A Conceptual Error’ - Why the Pentagon Confuses Spies With Whistleblowers