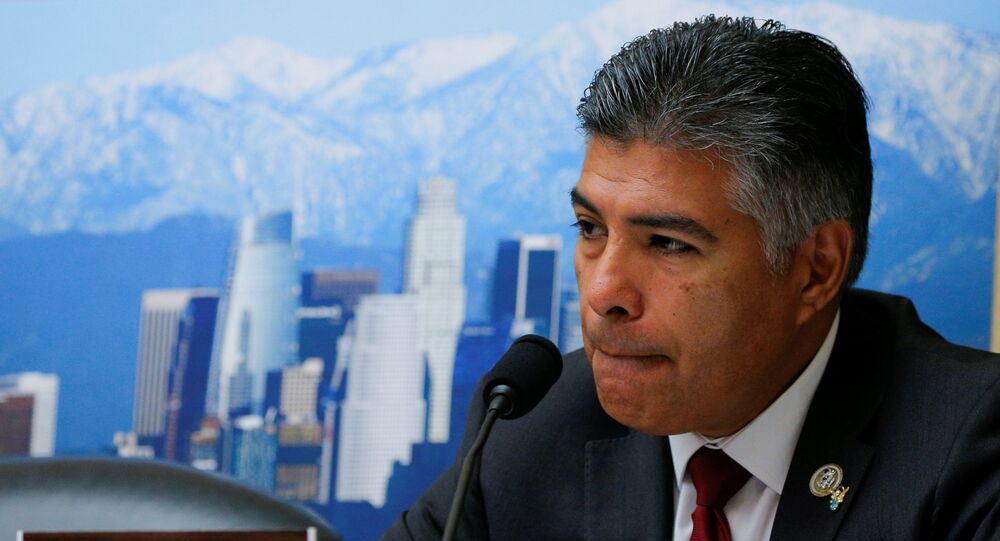 US Congressman Accused of Sexual Assault of a Minor

Tony Cárdenas, a US representative from California, revealed Thursday that he is the subject of a sexual assault lawsuit that claims in 2007 he raped a 16-year-old after giving her a spiked drink. The congressman denies the allegations.

Patricia Glaser, Cárdenas' lawyer, released a statement saying that her "client is sickened and distraught by these horrific allegations, which are 100 percent, categorically untrue."

The lawyer stressed that while she supports victims coming forward about assaults that they've experienced, the allegations being made against her client were simply not valid.

"We respect victims who have found the strength to come forward and call out misconduct when it has actually occurred, but the type of baseless and reckless allegations that are contained in the complaint against my client can ruin the lives and careers of innocent people," Glaser said.

The Washington Post reported that since the lawsuit was filed last Friday, the 55-year-old has been reaching out to colleagues to inform them about it and assure them that he is an innocent man.

Cárdenas, who is the chair of the Congressional Hispanic Caucus' political action committee, was not immediately identified when the lawsuit was filed because California law prohibits defendants in child sex abuse cases from being named without court approval.

When the Los Angeles Times first broke the story, it noted that the politician was described as a 40-something man who "conducts business as an elected politician in Los Angeles County." Cárdenas served as councilmember on the Los Angeles City Council from 2003 to 2011 before being elected to represent the Golden State's 29th Congressional District in 2012.

Per the lawsuit, Cárdenas, identified as "John Doe" in the suit, built a friendship with the then-14-year-old plaintiff after meeting her in 2005 at a golf tournament when she was a "star teenage athlete."

Two years later, the friendship took a turn for the worse when Cardenas is alleged to have invited the girl, then 16, for a round of golf at the Hillcrest Country Club in 2007. After several hours on the green, Cardenas allegedly handed the teenager an odd-tasting cup of iced water which she drank just a few sips from. The teen later "suddenly collapsed to the ground, but did not lose consciousness."

According to the plaintiff's account, while Cardenas allegedly drove her to the emergency room he touched her breast and vagina. Shocked, the teenager "remained motionless and speechless throughout the entire incident." The abuse lasted some 30-45 minutes before she was dropped off at the hospital.

In a separate incident detailed in the April 27 filing, the plaintiff noted that she'd run into her abuser at her father's workplace and that he'd told her to "remember where your dad works," a remark she deemed a threat against her family's well-being.

The woman indicated in the lawsuit that she chose to come forward after being motivated by the #MeToo movement.

With several politicians having already resigned over sexual misconduct allegations, including Texas Rep. Blake Farenthold and Minnesota Senator Al Franken, the Washington Post reported that if Cárdenas were to depart from Capitol Hill, his seat would stay open for the remainder of 2018 due to California election laws.