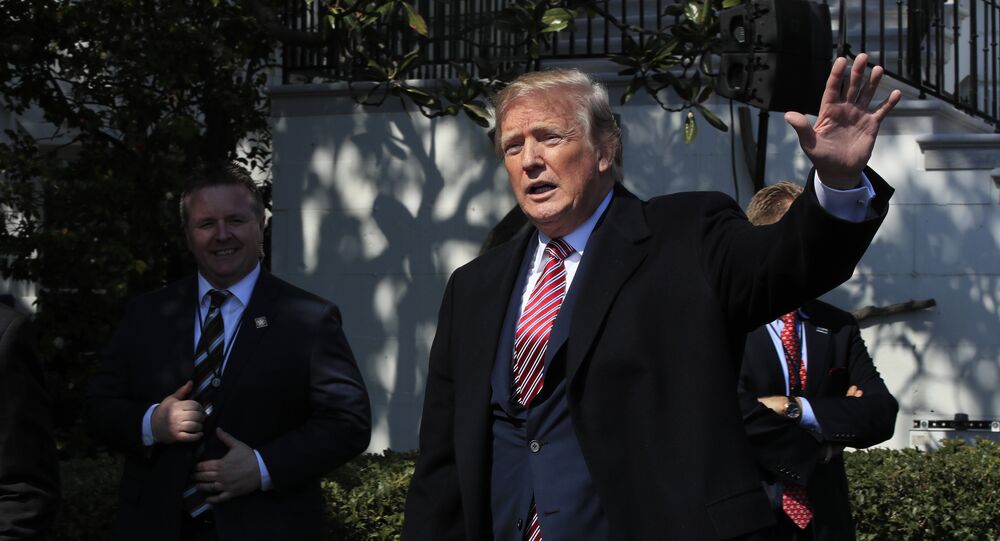 "The President still would like to sit down with him [Putin]. Again, he feels like it's better for the world if they have a good relationship. But that's going to depend on the actions of Russia," White House spokesperson Sarah Huckabee Sanders said.

Kremlin spokesman Dmitry Peskov, in his turn, said that there are no discussions of a possible summit between Russian President Vladimir Putin and his US counterpart Donald Trump, yet Kremlin hopes that Moscow and Washington will resume communication despite all the damage caused to bilateral relations.

Earlier, US President Donald Trump proposed meeting with Russian President Vladimir Putin in Washington when they spoke by phone in March.

© AFP 2020 / Hasan Mohamed
White House: Trump Holds Russia and Syria Responsible for Douma Chemical Attack
The US-Russia relations have seriously deteriorated after a number of anti-Russian sanctions imposed by the US under different pretexts.

Earlier this day, the US Head of the Government on his "Twitter" has made the statement that China and Russia allegedly play a role in the devaluation of currencies and this is "not acceptable."

Moreover, Donald Trump said that the Russian and Syrian authorities should be held accountable for an alleged chemical attack in the town of Douma.

In March, the US administration, displaying their solidarity with the UK, decided to expel 60 Russian diplomats and close the Russian Consulate General in Seattle over Russia's alleged involvement in the poisoning of Sergei Skripal, a former GRU colonel who also worked for UK intelligence, and his daughter Yulia in the British town of Salisbury.