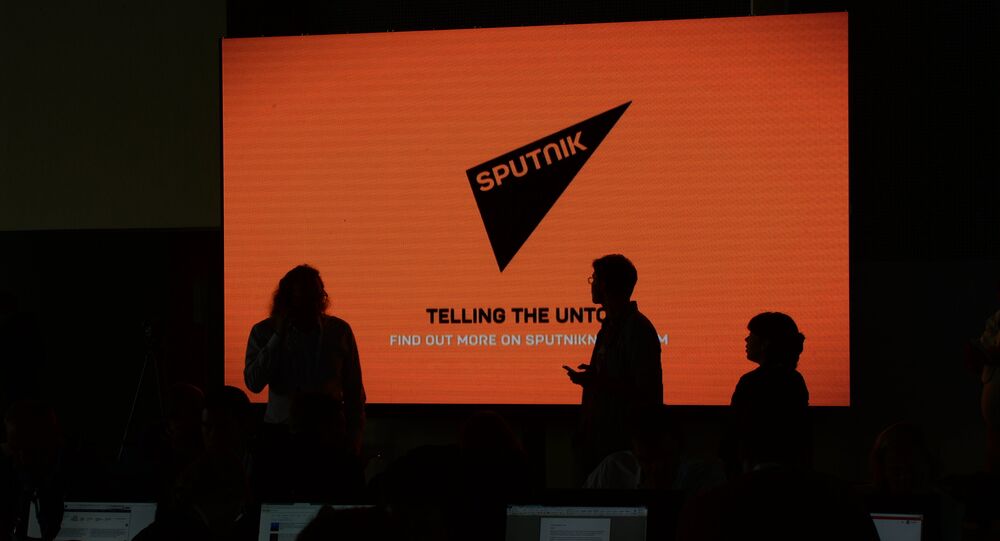 The Southern Poverty Law Center (SPLC) has apologized and taken down an article connecting a progressive show on Radio Sputnik to far-right groups and movements.

An article entitled "The multipolar spin: how fascists operationalize left-wing resentment" by contributor Alexander Reid Ross appeared on the SPLC's Hatewatch blog on Friday. Described as "a blog that monitors and exposes the activities of the American radical right," Hatewatch has looser editorial standards than other SPLC-affiliated outlets.

The almost 3,000-word article is sort of all over the place in its accusations, but its thesis broadly seems to be that Russian President Vladimir Putin and the Kremlin, along with their partners in far-right-wing parties and groups in the West, have weaponized leftists to be their "useful idiots," to borrow a turn of phrase.

Specifically, it zeroes in on the term "multipolarity." In geopolitics, polarity refers to concentrations of power. After the collapse of the Soviet Union, the US stood alone as by far the world's premier economic, military, political and cultural power. This was known as a "unipolar" world.

But some countries chafed under US hegemony, such as once-bitter-rival Russia. The article points out that in 2000, Moscow called for a "multipolar world order" against the "strengthening tendency towards the formation of a unipolar world under financial and military domination by the United States." Multipolarity would mean, of course, a world with several superpowers that must try to co-exist with one another, as existed through the first 91 years of the 20th century.

This is echoed in a line from Sputnik's website, which calls for articles that lead "the way to a multipolar world that respects every country's national interests, culture, history and traditions." Amid attacks on a wide variety of Sputnik contributors and partners, the article takes the time to target two Radio Sputnik shows: Hard Facts with John Wight and Loud & Clear with Brian Becker and John Kiriakou.

The article makes note that, despite Becker making no secret of his socialist, leftist and anti-imperialist views, conservatives are occasional guests on his shows, where they are debated, as it is a discussion and debate format. Tenuously, the article also tries to connect prominent journalist and author (and strident critic of the West) Max Blumenthal to the far-right on the basis of a few appearances on Tucker Carlson's FOX News show as well as having received praise from domestic terrorist and white supremacist Frazier Glenn Miller, Jr. A particular smear linking Miller to Blumenthal had itself been debunked by the SPLC in the past.

​Becker rebutted with a letter of protest to the SPLC, claiming that "the vast majority of our guests would identify themselves as progressives," among them "Noam Chomsky, Daniel Ellsberg, Danny Glover, Dr. Gerald Horne, Lawrence Wilkerson, Prof. Alfred McCoy, Dr. Jill Stein, Max Blumenthal as well as the presidents of the United Farmworkers of America and the United Electrical Workers."

"Since we cover at least seven different subjects each day, we host people with a variety of viewpoints — something we are proud of… we also sometimes have had guests with whom I disagreed, leading to heated debate on the show," Becker goes on to write.

"Mr. Ross lyingly presents a bizarre tale anchored in the accusation that if we have a conservative guest on our show we are now in league with an alleged vast international conspiracy for a 'multipolar world'… according to him we are part and parcel of a grand fascist conspiracy."

Becker, Blumenthal and a host of other journalists smeared by Ross called for the article to be removed from Hatewatch — and the SPLC agreed.

"… While the intent of the article, which we thought was clear at the time of publication, was to show only that individuals on the left share some policy views with respect to multipolarism that are also held by the far right and/or appear on far-right media and conferences advocating them, the article did not make that point as clearly as it could or should have," Hatewatch wrote on Wednesday.

"Accordingly, we have decided not to re-post it," they went on to say, adding that they apologized to Becker, Blumenthal and others. The article has since been taken down but can be viewed in the cached version of Hatewatch's website. Two other articles by Ross were removed from Hatewatch, pending further review.

Ross took to Twitter to defend his article. "My article was vetted by six independent scholars, journalists and researchers prior to publication and drew accolades from a number of human rights activists and media professionals," he tweeted.

However, this is not the only contribution by Ross to be called into question. Two other articles posted by Ross were removed from Hatewatch, pending further review: "The far-right influence in pro-Kremlin media and political networks," published on February 8, and "The Internet Research Agency: behind the shadowy network that meddled in the 2016 Elections," published February 21.

'Did Houthis Give Us Flowers? No, They Killed Kids': UK Yemeni Tells Sputnik