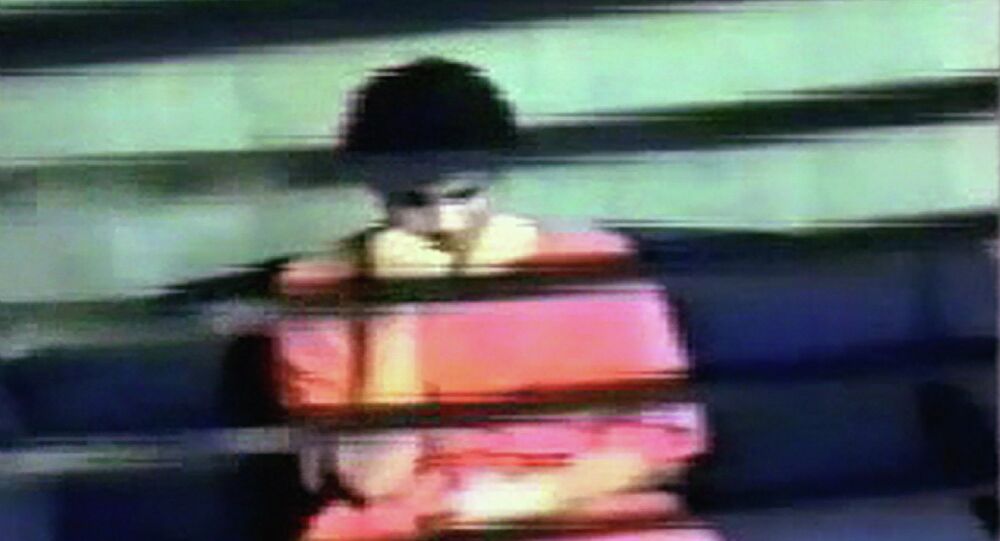 WASHINGTON (Sputnik) - A United Nations human rights group’s condemnation of the continued US illegal detention and torture of Ammar al-Baluchi has no mandatory power, but will aid the efforts of US lawyers to shut down the Guantanamo Bay detention center, analysts told Sputnik.

"The Working Group considers that … the appropriate remedy would be to release Mr. al Baluchi immediately and accord him an enforceable right to compensation and other reparations, such as appropriate physical and psychological rehabilitation," the WGAD assessment said.

The US government was unlikely to pay any attention to the conclusion of the UN human rights working group, University of Illinois Professor of International Law Francis Boyle cautioned.

"I doubt very seriously this opinion will make any difference to the US ‘Department of War’ [Department of Defense] and the Trump administration," Boyle said.

© AFP 2021 / Mandel Ngan
'Guantanamo Be Closed': Anti-War Groups to Hold Massive Rallies in US
However, the UN body’s statement would still have political significance for the ongoing struggle by human rights activists within the United States to shut down the Guantanamo Bay detention facility, Boyle pointed out.

"It will be of use to American lawyers in their continuing attempt to dismantle the Gitmo Concentration Camp and the Gitmo Kangaroo Courts," he said.

Not only was the detention and torture of Baluchi illegal, but it was only part of a long process of actions by successive US administrations that had ignored international law since President George W. Bush first approved the base’s use as a detention facility in January 2002, Boyle recalled.

War crimes had been committed at Guantanamo Bay on an ongoing and systematic basis, Boyle pointed out.

© AFP 2021 / Mladen Antonov
UN Warnings Over Human Rights Violations at Gitmo Remain Disregarded - Analysts
"In the case of Guantanamo and its Kangaroo Courts, where the war crimes have been both widespread and systematic, this constitutes a crime against humanity under international criminal law," Boyle said.

By operating the Guantanamo facility as it had over the past 17 years, the US government had also contravened two major international legal commitments it had signed, Boyle also observed.

"By means of its Gitmo concentration camp and Kangaroo Courts, the US has grossly violated the International Covenant on Civil and Political Rights and the Convention on the Elimination of All Forms of Racial Discrimination, both of which [it] is a contracting party to," Boyle said.

The United Nations is not a supranational type of body, but a voluntary one, therefore its individual member states are not bound to act on such conclusions and declarations, California State University Chico Professor Emeritus of Political Science Beau Grosscup said.

"Even UN resolutions are not mandatory since [the] United Nations is an 'international' organization, not 'supranational' so nation states membership is voluntary and enforcement of UN actions is also voluntary," he explained.

"It would raise the concern over the issue to a new public level," he added.

Ammar al-Baluchi is a Pakistani citizen in US custody at the Guantanamo Bay detention center. Charges against him include facilitating the September 11, 2001 terrorist attacks, acting as a courier for Osama bin Laden and plotting to crash a plane packed with explosives into the US consulate in Karachi.