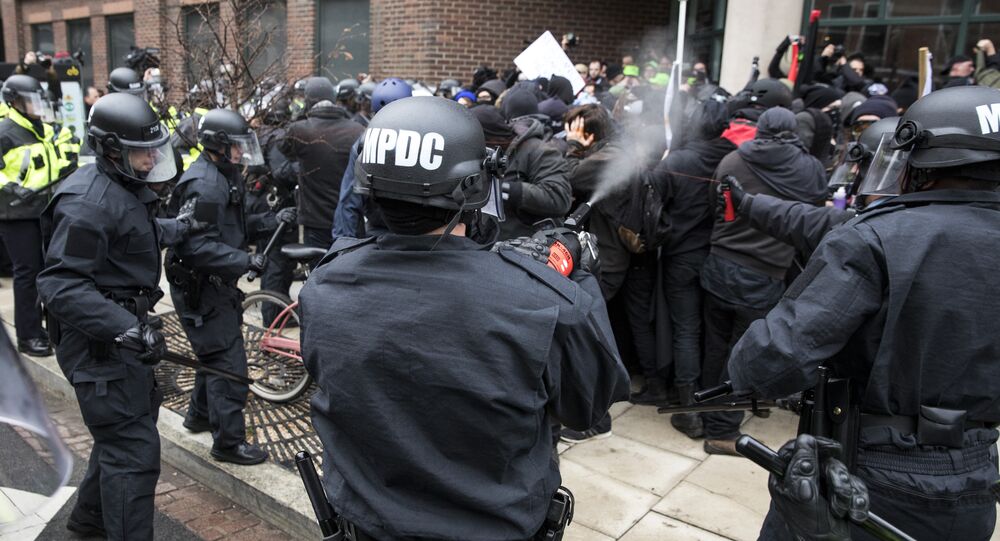 Federal prosecutors in Washington, DC have abruptly dismissed their felony cases against 129 of the 188 DisruptJ20 protesters who were charged with felony rioting following the inauguration of US President Donald Trump.

The first six DisruptJ20 protesters were found not guilty of all felony and misdemeanor charges levied against them during the December verdict. However, the first defendants had particularly weak cases brought against them: two were arrested for carrying medical supplies during the protests, which prosecutors unsuccessfully argued was an an implicit admission of violent intent.

The Justice Department's failure to secure a single conviction during the first trials has caused them to reformulate their approach. "In light of the legal rulings by the court and the jury's verdicts in the first trial of these cases, the government has decided to proceed with all of the pending charges… for the above-captioned fifty-nine (59) defendants," the court brief read.

The brief goes on to note that the prosecution has decided to focus on prosecuting defendants who "engaged in identifiable acts of destruction, violence, or other assaultive conduct," as well as those who planned the same and those who used "black-bloc tactics" during the protests to "perpetrate, aid or abet violence and destruction."

Black-bloc is a protest tactic where the demonstrators wear identical and obfuscating black clothing to make individuals more difficult to identify and thus more difficult to prosecute. In other words, the 129 defendants who were not suspected of committing, planning, or deliberately obscuring acts of violence or mayhem are to have the felony charges against them dismissed.