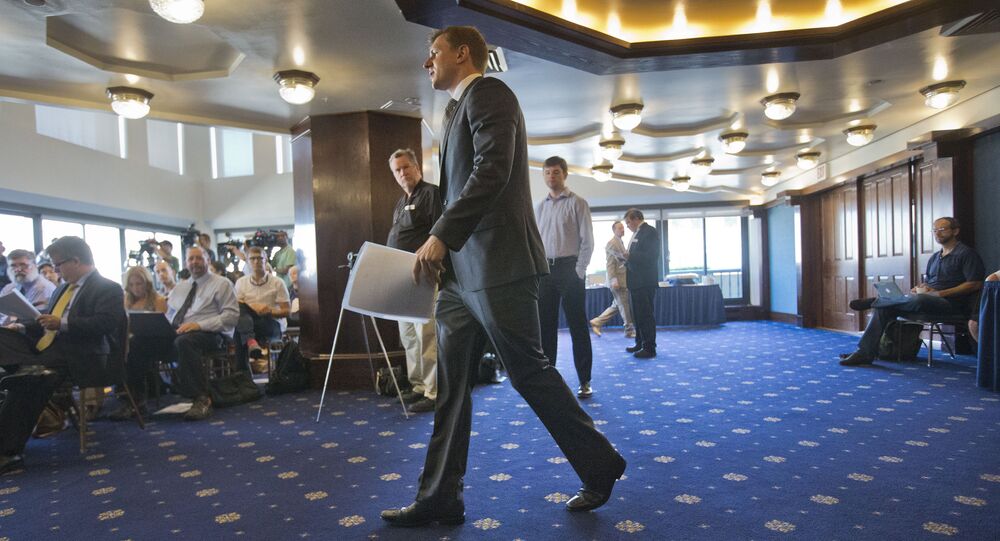 Right-wing guerrilla journalist group Project Veritas claims to have uncovered video footage of current and former Twitter employees explaining on hidden camera how they censor political content they dislike through the use of algorithms and machine learning.

On Wednesday, Project Veritas released footage of their conversations with Twitter software engineers past and present. They have interviewed eight employees or former employees and say more footage will be released in the future.

"Yeah, if they said this is ‘Pro-Trump' I don't want it because it offends me,' this, that. And I say ‘I banned this whole thing, and it goes over here' and they are like, ‘Oh you know what? I don't like it too. You know what? Mo's right, let's go, let's carry on, what's next?'" said Norai, explaining a typical interaction he would have during content review before he left Twitter in March 2016.

Left-leaning content went through much less scrutiny, according to Norai. "It would come through checked and then I would be like ‘Oh you know what? This is okay. Let it go.'"

Norai said that this was less to do with Twitter policy and more to do with the biases of the team.

"We're in San Francisco, we're in California, very liberal, a very blue state. You had to be… I mean as a company you can't really say it because it would make you look bad, but behind closed doors are lots of rules."

Any disclosures from Project Veritas must be taken with a fistful of salt, as the organization been caught in falsehoods and manipulative behavior to better suit right-wing narratives before. In November 2017, Project Veritas founder James O'Keefe was accused of trying to trick The Washington Post into publishing a fake story about a woman who claimed then-Republican Alabama US Senate candidate Roy Moore raped her as a teenager.

The Post realized that the woman was a plant for Project Veritas and exposed the would-be sting. O'Keefe was roundly criticized for attempting to spread falsehoods, including by major conservative publications that had defended him in the past.

Another Twitter employee, senior network security engineer Clay Haynes, was recorded saying that Twitter was "more than happy to help the Department of Justice in their little investigation" by providing them with "every single tweet that [Trump] has posted, even the ones he's deleted. Any direct messages, any mentions."

Haynes added that he thought Trump was a "terrible human being." However, he also said that Twitter would not violate even Trump's privacy unless a subpoena was filed to receive deleted or archived tweets.

Twitter fired back on Haynes' statement, claiming that he did not speak for the company. "Twitter only responds to valid legal requests and does not share any user information with law enforcement without such a request," they said in a statement.

"We deplore the deceptive and underhanded tactics by which this footage was obtained and selectively edited to fit a predetermined narrative. Twitter is committed to enforcing our rules without bias and empowering every voice on our platform in accordance with the Twitter Rules."

Former engineer Abhinov Vadrevu, who left Twitter in May 2016, claimed on January 3 that the company extensively used a practice known as "shadow banning" to suppress users with objectionable views.

"The idea of a shadow ban is that you ban someone but they don't know they've been banned, because they keep posting and no one sees their content. So they just think that no one is engaging with their content, when in reality, no one is seeing it," Vadrevu explained, describing the tactic as "ultimate control."

The statement responded to this claim as well, claiming that "Twitter does not shadowban accounts. We do take actions to downrank accounts that are abusive and mark them accordingly so people can still to click through and see these Tweets if they so choose."

Twitter is also in the process of building bots that will fully automate the censorship and banning process, according to Twitter Software Engineer Steven Pierre on December 8, 2017. He argued that the automation would not suppress political viewpoints, only toxic speech.

"Every single conversation is going to be rated by a machine and the machine is going to say whether or not it's a positive thing or a negative thing. Somebody's just cursing at somebody, whatever, whatever. They may have point, but it will just vanish… It's not going to ban the mindset, it's going to ban, like, a way of talking."

Another Twitter employee, Trust and Safety Policy manager Olinda Hassan, explained at a Twitter holiday party that another system was in the pipeline to "downrank" users that are "shitty," making their tweets less visible.