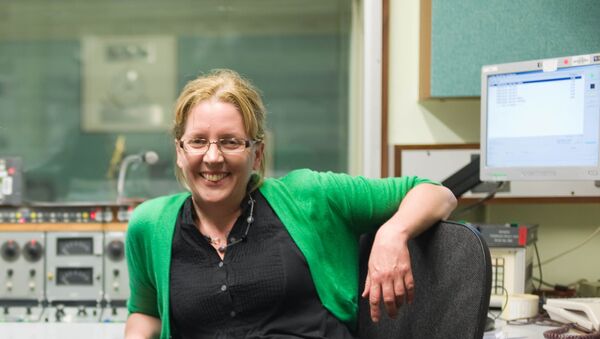 In a letter posted on her personal website on Sunday, high-profile BBC China editor and correspondent Carrie Gracie announced she is quitting her job after 30 years in the company, due to "a crisis of trust at the BBC."

Gracie criticized the British broadcaster for categorically paying its male employees higher salaries and its lackluster efforts to eradicate the gender pay gap.

"The BBC belongs to you, the license fee payer. I believe you have a right to know that it is breaking equality law and resisting pressure for a fair and transparent pay structure,” she said. "On pay, the BBC is not living up to its stated values of trust, honesty and accountability," Gracie wrote.

Gracie continued by saying that despite earlier promises to level out the still-unequal pay of men and women, she discovered that among the organization's four international editors — two male, two female — her male colleagues in the same position earned "at least 50% more than the two women."

She said the most vulnerable category, however, is women from ethnic minorities, which caused many to laud the conclusion.

"Many of the women affected are not highly paid 'stars' but hard-working producers on modest salaries. Often women from ethnic minorities suffer wider pay gaps than the rest," Gracie wrote.

Carrie Gracie highlights how women from ethnic minorities face an even higher wage gap from their white male counterparts. https://t.co/HpdWNH02J4

Gracie pinned hopes on her sincere outcry to prompt real action, so that her female contemporaries would not have to stand up for themselves in the future:

"The BBC must admit the problem, apologize and set in place an equal, fair and transparent pay structure,” she said.  “I am not asking for more money. I believe I am very well paid already – especially as someone working for a publicly funded organization. I simply want the BBC to abide by the law and value men and women equally."

The news has come as a shock on Twitter and Facebook, prompting many to verbally "double" praise the famed editor – firstly, for her renowned China stories, and secondly, for the bold move she made in the pay equality struggle. Most of the internet community dubbed it "absolutely absurd", as the truly talented journalist gets severely underpaid:

Heading for bed but so heartened to see such support for our brilliant colleague @BBCCarrie in her fight for #equalpay.

On the BBC pay issue, Carrie Gracie has been doing among the best stories out there, and that she was being paid less than male contemporaries is absolutely absurd.

#Referendum2018 Don't often praise 'anything or anyone' at the 'hated' BBC, but this Journalist, I've always liked and now she gets double respect. Wonder who has the guts to follow her? "BBC China editor Carrie Gracie quits in equal pay row" #BravoCarrie #IStandWithCarrie

Many expressed their utmost surprise at the news, recollecting the efforts of the suffragettes in the 1910s, who won British women the right to vote. The pay equality struggle followed shortly, and it has still born no fruit, they pointed out.

Dagenham 1968. Half a century later…. 2018 BBC How can this still be happening? Saddened by this. #CarrieGracie @BBCCarrie #IStandWithCarrie https://t.co/IhlsLYOzkK

There are very many male voices in Gracie’s favor, calling to join in the media struggle under the now viral hashtag #istandwithcarrie.

I'm really annoyed about this and can't get my head around why women don't get paid the same as men, she has bee great on @BBCr4today as a stand in and in China. It's just wrong on every level and better than many male journalists.

The excellent Carrie Gracie rightly takes shit from nobody (see her short shrift for intransigent stonewalling by Chinese government spokespeople). Her resignation over gender inequality at the BBC is a terrible loss that should have never been allowed to happen.

And this couldn’t come unnoticed by female netizens:

Good to see so many high profile BBC employees supporting Carrie Gracie. Inevitably people will be paying close attention to how many BBC men use the #IStandWithCarrie hash tag in the coming hours. Thankfully many are. 👍

For now, Carrie Gracie, broadly viewed as one of the BBC’s biggest talents, is scheduled to be a co-presenter of the Today program on Radio 4 on Monday morning. Gracie said she is also considering returning to her previous post in the BBC newsroom "where I expect to be paid equally."

The gender pay row at the BBC erupted last summer when it published a list of its highest-paid on-air stars, which revealed that just a third were women and the top seven were all men. In October, the BBC confirmed that men earned on average 9 percent more for equal work.

In a heated open letter to Director General Tony Hall, dozens of the broadcaster's female stars demanded a more plausible plan to resolve the pay row, saying the BBC’s promise to "sort" the issue by 2020 did not suffice.