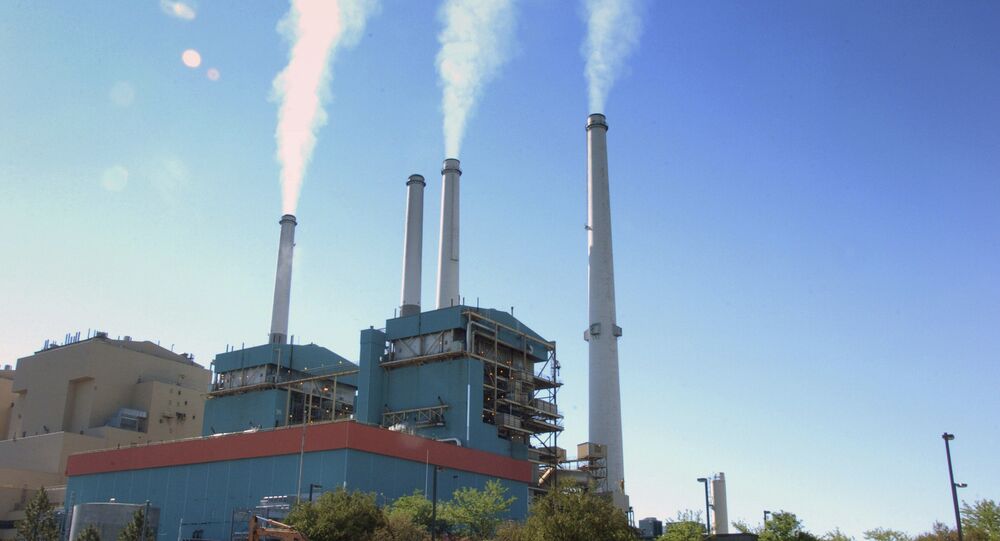 A coalition of 14 environmental and health groups called on Environmental Protection Agency (EPA) Administrator Scott Pruitt in a letter on Monday to fulfill actions required by the Office of Inspector General concerning coal ash reuse before considering to reinstate the Coal Combustion Partnership Program.

WASHINGTON (Sputnik) — The organizations said in the letter citing a 2011 report by the Inspector General (OIG) that the EPA has ignored questionable practices in the Coal Combustion Partnership Program by promoting coal combustion residuals reuse without assessing safety risks.

"The undersigned health, environmental, community, and public interest organizations are writing to express our strong opposition to the reinstatement of the Coal Combustion Partnership (C2P2) Program and to request that EPA complete the actions required by the US Environmental Protection Agency’s Office of Inspector General’s Report concerning coal ash reuse," the letter said.

© AP Photo / Andrew Harnik
EPA Head's Ban of EPA-Funded Scientists From Advisory Boards a ‘Hostile Takeover' - Expert
The Inspector General’s report required the EPA to complete the safety risk assessment by the end of 2012, but the agency has failed to do so, the letter alleged.

The organizations noted in the letter that coal ash may cause substantial harm to public health and the environment. At least 22 cases filed by the EPA concerning coal ash reuse, or structural fill sites, have documented releases of pollutants above regulatory standards into the environment, they said.

President Donald Trump has repeatedly vowed to end what he termed was a "war on coal." In March, Trump issued an executive order during a visit to the EPA that would rescind a Clean Power Plan, which seeks to limit carbon pollution from coal-fired power plants.

Global Coal Demand to Remain Flat For Next Five Years

According to an annual report by the 29-nation International Energy Agency (IEA), a two year decline in coal consumption in 2015-16 is expected to be followed by five years of essentially unchanged demand for the fossil fuel.

"Global demand for coal should remain nearly flat between 2017 and 2022, resulting in a decade of stagnation for coal consumption," the IEA said on Monday in a press release summarizing the report.

© REUTERS / Carlos Barria
US Senate Leader Rolls Out Measure to Rescind Obama's Anti-Coal Regulations
In absolute terms, the IEA predicted annual global demand in 2022 to reach 5,530 million tons of coal equivalent (Mtce), the same as the 2012-2016 average, meaning that coal use will have had a decade-long period of stagnation.

"The share of coal in the global energy mix is forecast to decline to 26 percent in 2022, from 27 percent in 2016 because of sluggish demand compared with other fuels," the release added.

The report also highlighted the need to develop carbon capture technologies to decrease the environmental impact of coal, which is considered dirtier than natural gas and oil.

The share of coal in the power mix will fall to 36% by 2022, the lowest since IEA began compiling statistics https://t.co/2BX5s1aVUJ

"Coal use in the future will be constrained without carbon capture, utilization and storage becoming practical and implemented widely," IEA Division for Gas Coal and Power Markets chief Peter Fraser said in explaining the report to guests at the Center for Strategic and International Studies think tank in Washington, DC.

Latest Buzz: US EPA Approves Use of Lab-Grown Mosquitoes to Kill Wild Mosquitoes

Senior Official Resigns from EPA Due to Disagreement With Trump