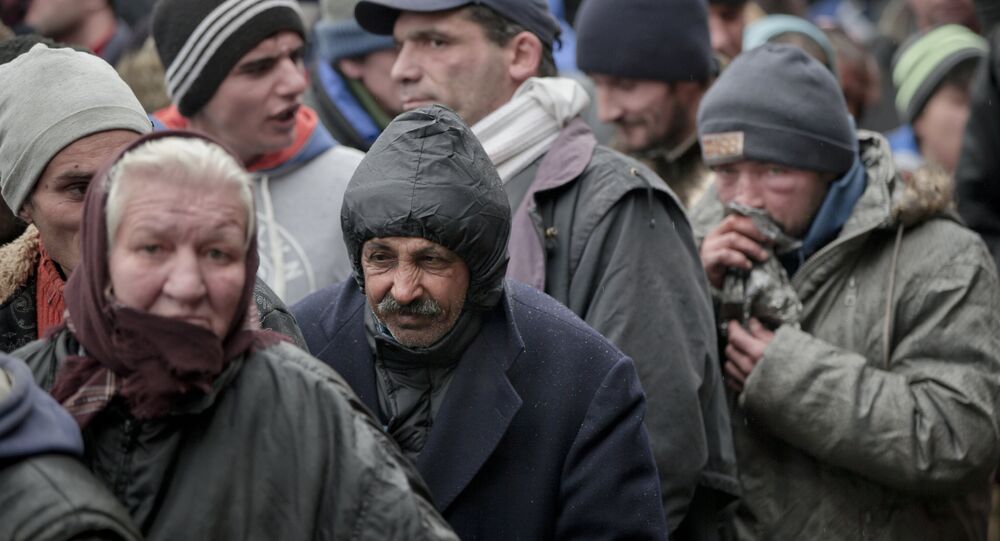 The Trump Administration is facing a housing crisis that has emerged as a result of recovering economic growth in the aftermath of the 2008 Global Financial Crisis.

A new study conducted by the US Department of Housing and Urban Development reveals that the number of homeless people in America has grown for the first time in about a decade.

The report identified at least 553,742 homeless in 2017, marking a 0.7 percent increase in comparison to the previous year.

US Secretary of Housing and Urban Development Ben Carson is set out to announce further details later this week.

"This is not a federal problem — it's everybody's problem," The Guardian cited Carson as saying.

Each year, the US government conducts a country-wide survey in order to determine the number of homeless people, as the homelessness rate reflects certain vital economic trends.

© Photo : Pixabay
Houston Police Force Homeless to Discard Donated Blankets, Food
However, due to the difficulties associated with registering the homeless, the study tends to underestimate the size of the homeless population in the US.

President of the Colorado Coalition for the Homeless John Parvensky told The Guardian that he is "surprised that [the numbers are] not going up faster than what that's showing."

The federal study registered a 4.1 percent spike in homelessness in New York City, whilst other large municipalities also experienced a significant rise.

The most significant problem, however, remains on the west coast, California in particular.

In Los Angeles, a record 55,000 homeless were registered by the new federal study.

According to estimates compiled by California officials, some 180,000 dwellings must be constructed in the state each year in order to satisfy current population growth rates.

The annual average number of housing units constructed in the State of California falls short of this figure by over 100,000.

The main cause of the homelessness crisis seems to be the gradual economic recovery after the 2008 Global Financial Crisis.

Although the US economy is growing again, this does necessarily translate into improving living conditions for American citizens.

The US federal government determines the "poverty line" according to the Supplemental Poverty Measure, which defines poverty as the lack of economic resources for basic needs such as food, housing, clothing, and utilities.

Part of this is due to exorbitant housing costs that are the result of municipal zoning restrictions and the inability to construct high rises due to earthquake concerns.