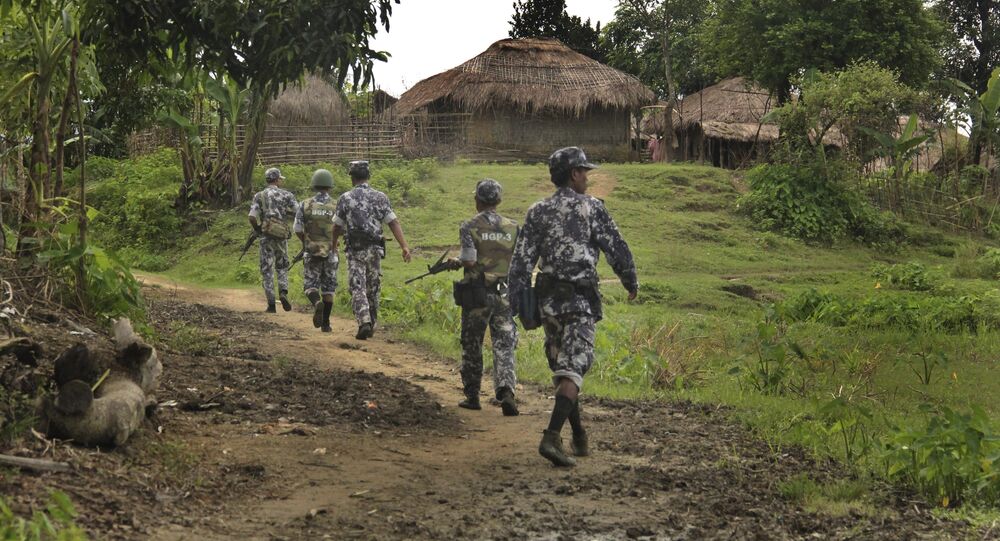 Just a year after the United States lifted its sanctions against the government of Myanmar, Washington is considering re-imposing them over violence against the country's Muslim minority.

Democratic and Republican US lawmakers, Senators Ben Cardin and John McCain, have introduced a bill to impose targeted sanctions and travel restrictions on Myanmar military officials.

The decision comes after US Secretary of State Rex Tillerson, who is scheduled to travel to Myanmar in mid-November to discuss the humanitarian crisis in Rakhine State, announced "economic options" and a "human rights law" targeting leaders involved in violence against Rohingya minority.

Tillerson has previously urged Myanmar’s military chief Min Aung Hlaing to help end violence in the Rakhine State and condemned the August attack by Muslim insurgents on security forces in the region.

However, a disproportionately severe response to the crisis in Myanmar may serve as an invitation to international terrorism and exacerbate other regional challenges, as US Deputy Assistant Secretary of State for Southeast Asia Patrick Murphy stated earlier.

READ MORE: ‘They Will Have an Impact’: Human Rights Watch on US Sanctions Against Myanmar

© REUTERS / Hannah McKay
India Not in Favor of Sanctions Against Myanmar Over Rohingya Issues
In late August, insurgents of Rohingya origin attacked security posts in Myanmar's Rakhine state, prompting a harsh response from the authorities, with hundreds of people dying in the ongoing clashes and thousands being forced to flee.

According to the October figures provided by the International Organization for Migration (IOM), around 604,000 Rohingya have fled Myanmar for Bangladesh since the end of August, bringing the number of Rohingya in Cox’s Bazar to 817,000.

The UN has called on the government of Myanmar to discuss international standards for voluntary repatriation of thousands of Muslim Rohingya refugees from camps in neighboring Bangladesh.

The humanitarian crisis prompted a response from international donors, led by the United Kingdom, European Union and the United States, who have pledged $344 million to ramp up delivery of humanitarian aid to Rohingya refugees in Bangladesh.