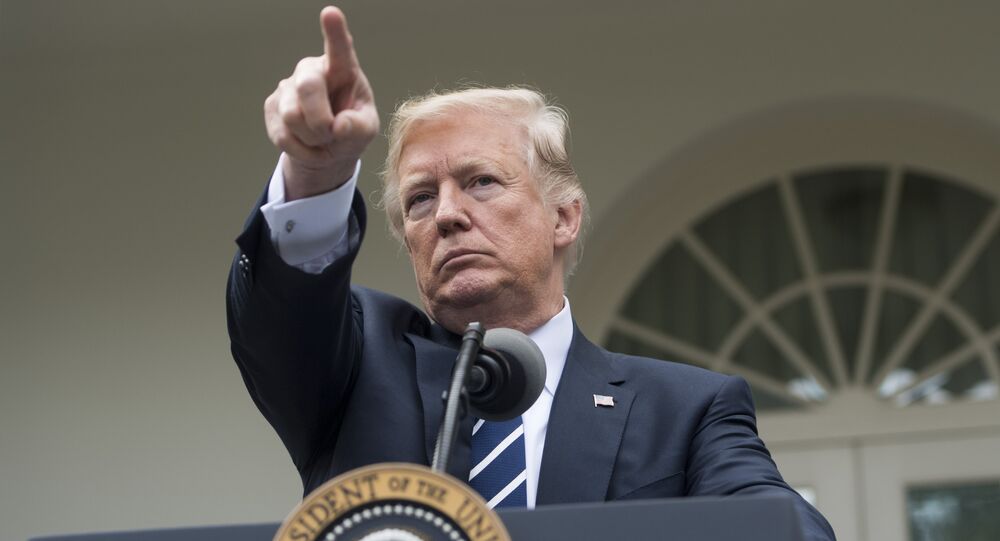 The US president has shared his views on the possible punishment for the New York attack perpetrator.

MOSCOW (Sputnik) – US President Donald Trump has reiterated his call for the death penalty for Sayfullo Saipov, an Uzbek national charged as the perpetrator of the New York terrorist attack.

"Would love to send the NYC terrorist to Guantanamo but statistically that process takes much longer than going through the Federal system," Trump has stated in a tweet.

…There is also something appropriate about keeping him in the home of the horrible crime he committed. Should move fast. DEATH PENALTY!

© REUTERS / Jane Rosenberg
Prosecutor: Truck Attack Suspect Charged with Terrorism, Planned and Practiced Act for Months
The statement of the US president comes amid Saipov's request to hang a Daesh flag in his hospital room. Saipov has confessed to investigators that he had been very much inspired by Daesh videos and had been planning the attack for about a year, choosing Halloween to kill as many people as possible, according to a criminal complaint filed against him on Wednesday.

Late on Tuesday, the 29-year-old suspect mowed civilians down with his truck before exiting the vehicle and reportedly opening fire while allegedly shouting "Allahu Akbar." New York Police then shot the perpetrator and detained him. He has been taken to the hospital, where he remains in custody.

The attack that claimed the lives of eight people and injured 12 others was the deadliest act of terror in New York since the 2001 9/11 attacks, which killed some 3,000. US President Donald Trump took to Twitter to declare the perpetrator of  the atrocity "sick," saying that Daesh must not be allowed to enter the US. 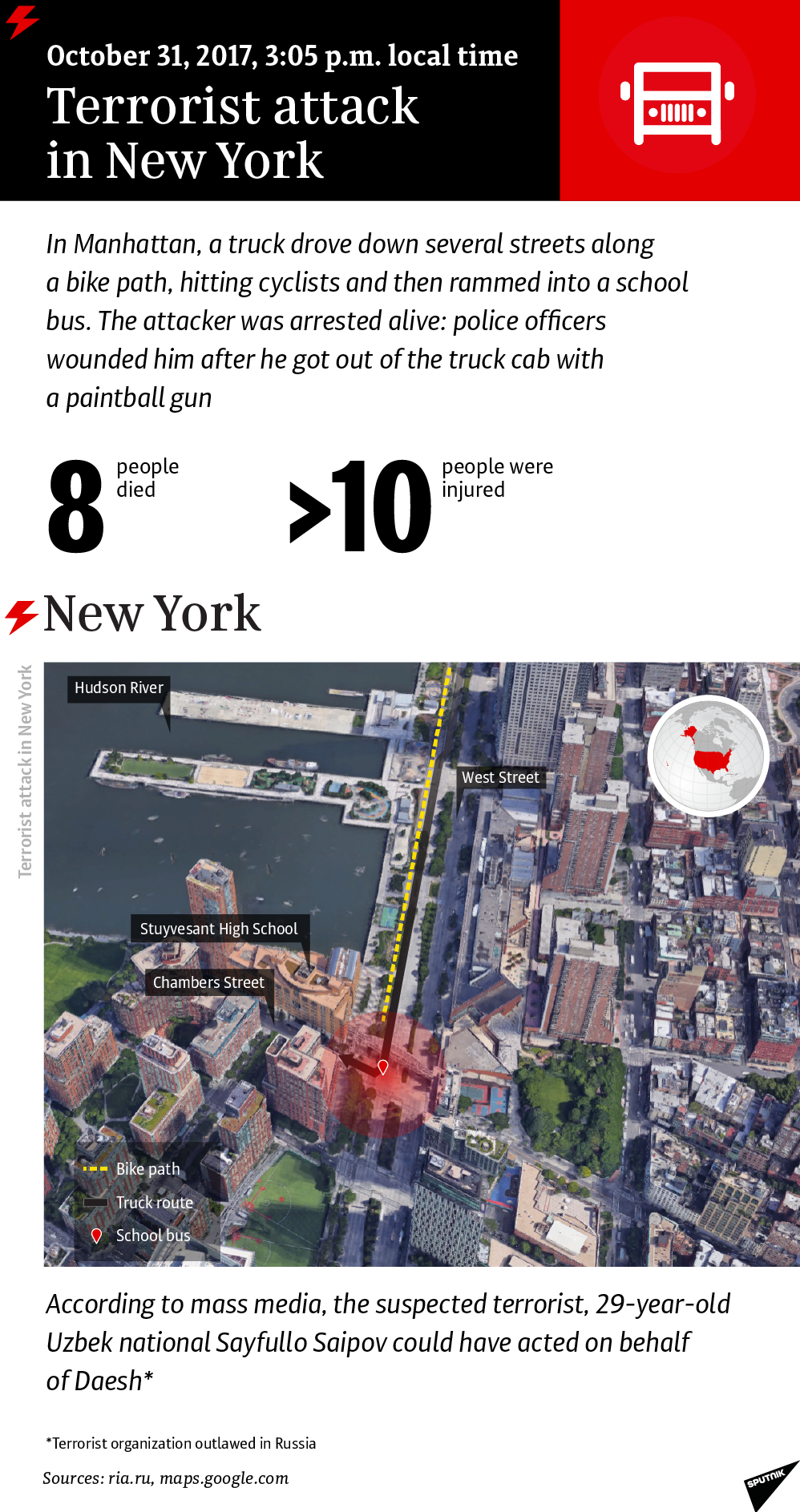