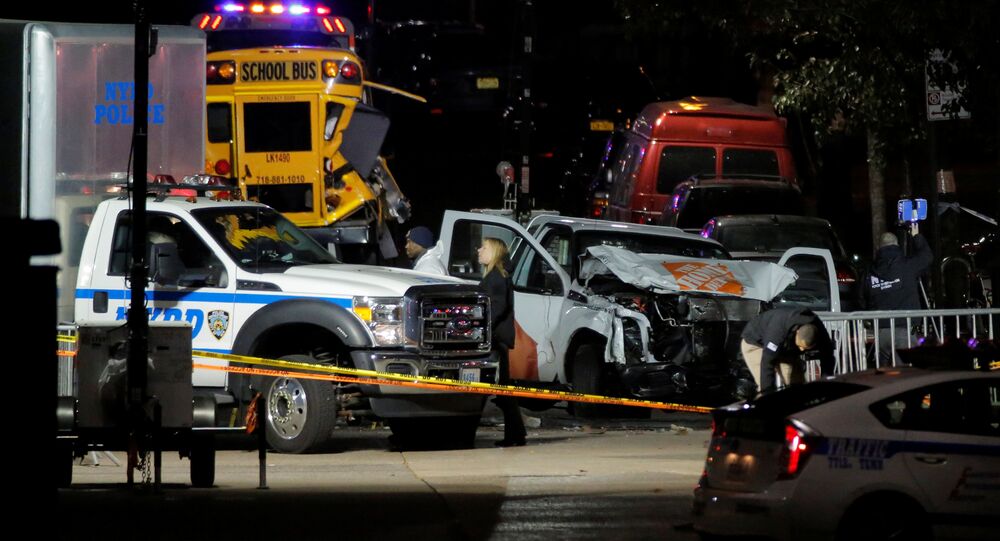 Nine have been killed, and eleven injured after a truck ploughed down pedestrians and cyclists on Tuesday, November 1. The New York attack has been named the most lethal attack since 9/11.

Sputnik spoke with Michael Krona, an Islamic State researcher, about the impetus behind the attack, and how this might give a new urgency to Trump's executive order limiting immigration.

Sputnik: What will this do for the Trump "travel ban"? Will this toughen up the laws on immigrants in the US?

Michael Krona: I think we have seen several initiatives on tightening the rules on immigration from the Trump administration. I think it will continue to have effects on travel to the US, and maybe other countries within Western Europe. If you look at it from the long-term, over the next 10 years or so, we will see a big enhancement on travel restrictions. I sincerely believe that these type of attacks, such as this one in New York, these type of attacks will increase. With this increase, the measures of trying to curb these attacks will increase as well. Not just in the US, but they will always be on the front-line when it comes to these issues. 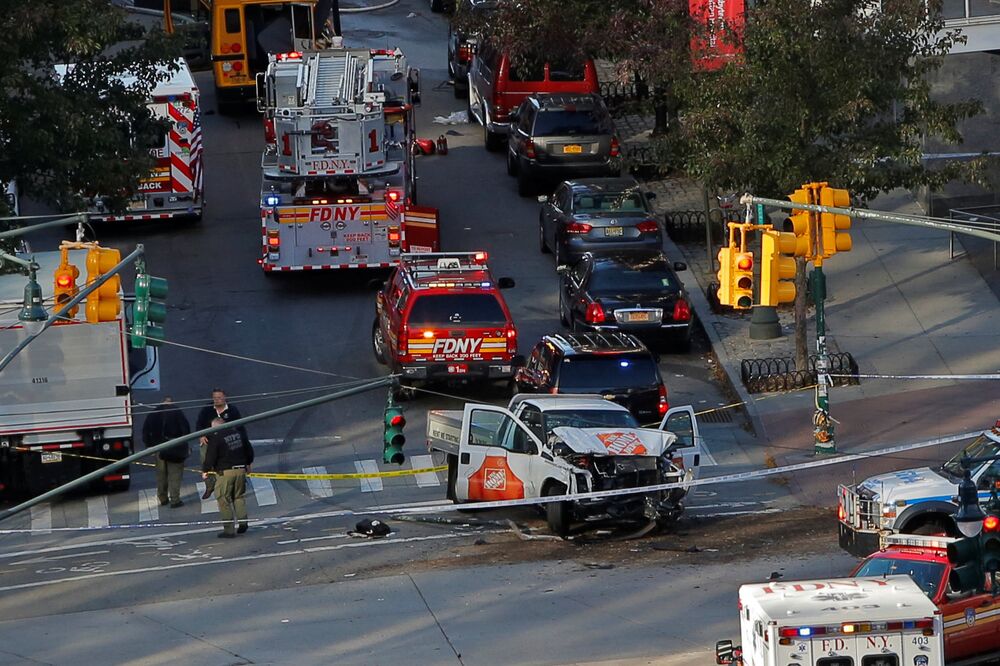 Sputnik: Why are homegrown vehicle attacks becoming so common, and how do they help individuals to service their cause?

Michael Krona: From a practical point of view, with these types of vehicle attacks, it is impossible to see how we can protect ourselves from them. I mean, they are so much a part of our everyday life routine.

We need to focus on the efforts and measures to minimize the risks of the people conducting these attacks. I don't think it's necessarily important to focus on the vehicles as a mean, rather than focus on trying to prevent people from sympathizing with these ideologies and inspirations.

There has been a massive increase in vehicle attacks, and it is impossible to protect ourselves fully from these sorts of attacks. We need to focus on preventing people from radicalization and recruitment, rather the vehicle as a mean. 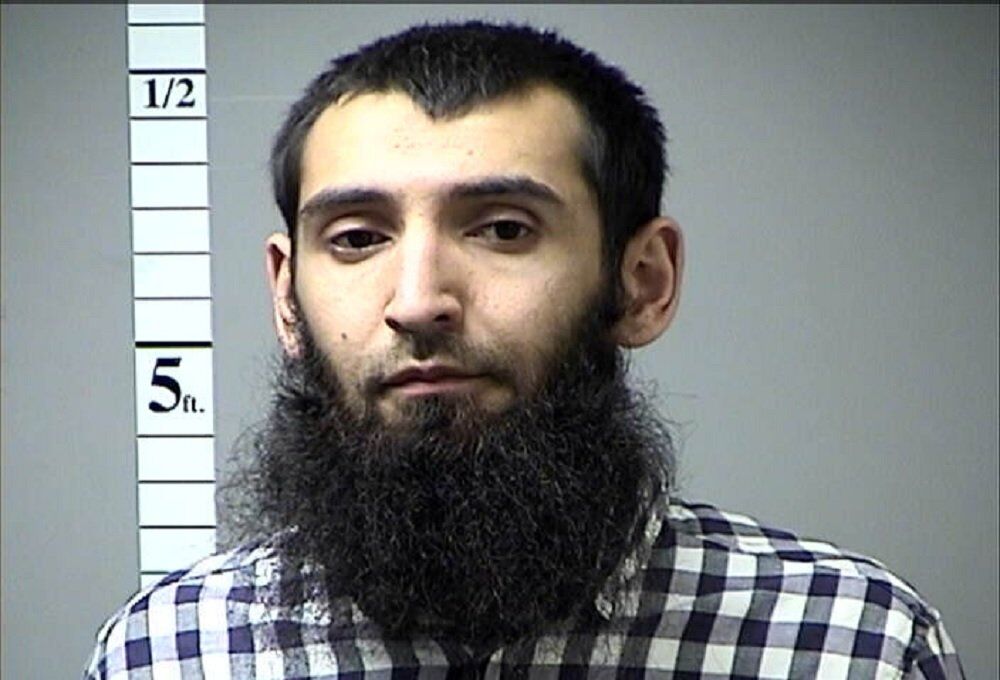 Sputnik: A note was supposedly found, and the suspect allegedly shouted "Allahu Akbar" upon jumping out of the van. How likely is it that he was in some way associated with Daesh?

Michael Krona: It's always problematic when we jump to conclusions before we actually know everything. In this situation, there are some indications. There is a note, and I feel it is very important that we analyze the wording of this note very closely — what he has expressed, whether he has connected an allegiance to an organization.

Daesh as an organization, from an official point of view, is very careful and strategic when it comes to claiming attacks. There are very few cases, but there are cases, when they have claimed an attack when it is not actually connection to them. In this case, we don't know yet. I would not be surprised if over the next few weeks, there will be some indications that there is a connection. That doesn't mean that Daesh has officially coordinated an attack, but as always in these cases, these so-called "lone-wolves," it is impossible to know if they are working alone or if they are part of a network.

In any case, the biggest problem is that Daesh and other jihadist groups are still very skillful in spreading an inspirational narrative to get people to conduct these types of attacks. It is problematic to jump to conclusions, but in this case it is probable that the two were linked.