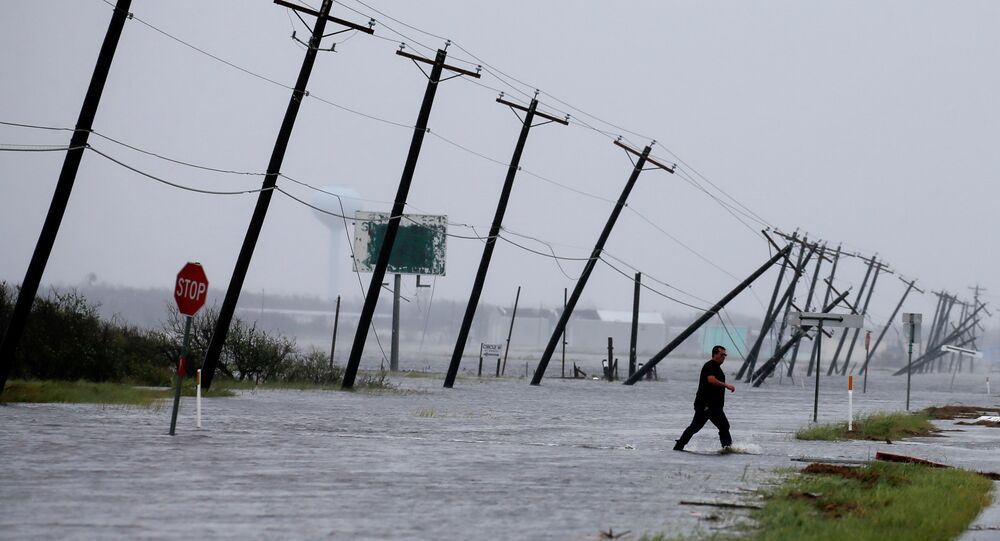 Amid Hurricane Harvey wrecking havoc on the US Gulf Coast, Dan McTeague, senior petroleum analyst, told Radio Sputnik that Harvey’s damage to US infrastructure may be long-lasting as it has forced oil refineries to shut down and may cause damage to the economy.

“Apart from the physical infrastructure damage to the region, it is likely that as much as a third of all refineries in the Texas, Louisiana complexes will be down or not able to produce gasoline or at least send fuel to other regions within the US,” McTeague said.

He further said that at the moment it looks like about 15 percent of total production may be offline, but it is likely to change as the effects of the storm are better reviewed and appraisal on the ground continues to make its way through the markets.

"Never seen this before"

​Talking about what implications this storm can have on the oil sector of the country, the expert said that many harbors are under significant floodwater, and much depends on how fast the repairs can take place.

“There is also the environmental concern regarding the oil spills that can do much damage,” McTeague said.

© REUTERS / Joe Penney
Trump Declares Emergency Situation in Louisiana Due to Hurricane Harvey
He further said that by Wednesday or Thursday of this week the storm may move to Louisiana, which is home to many refineries as well.

“The Gulf Coast – Texas, Louisiana and Alabama produce almost half of the gasoline petroleum products used in the US, so it’s not insignificant if even a part of that region is damaged even if temporarily,” the expert said.

According to him, Hurricane Harvey is staying in one region and that is creating havoc for people and the region’s infrastructure.

The US state of Texas activated its entire National Guard, 12,000 troops in response to catastrophic flooding caused by Hurricane Harvey, Governor Greg Abbott announced on Monday.

Officials say "please don't go out if not necessary"#Harvey pic.twitter.com/AEEMwf2UPf

​The guardsmen will assist in ongoing search and rescue efforts and will be involved in recovery efforts in the aftermath of the storm, the statement added.

President Donald Trump has declared a federal emergency in the US state of Louisiana due to the effects of the tropical storm.

The US Gulf Coast has suffered devastating flooding since Hurricane Harvey hit the mainland on Saturday.

The hurricane has been downgraded to a tropical storm, but the National Weather Service warned on Monday that catastrophic flooding would worsen in the coming days and would be slow to recede after Harvey passes.

At least five people have died and thousands have been stranded as the storm continues to drench the states of Texas and Louisiana.

Harvey is the largest storm to hit the United States since Hurricane Katrina in 2005.