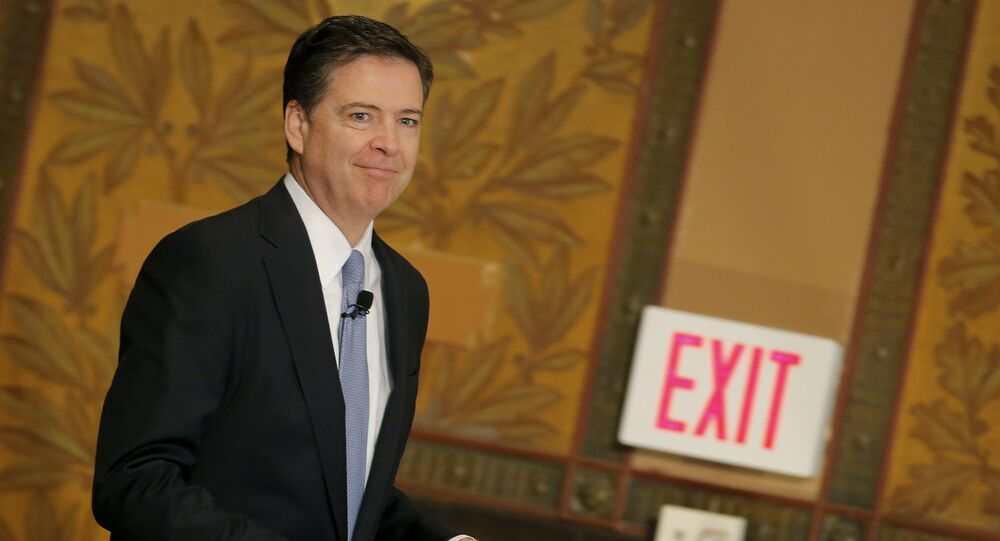 A total of 46 percent of US citizens believe that former Director of Federal Bureau of Investigation (FBI) James Comey is more honest and trustworthy than US President Donald Trump, a poll showed.

© AFP 2021 / Brendan Smialowski
Comey Risks Getting Into Trap He Set for Trump
MOSCOW (Sputnik) — According to the YouGov poll issued on Saturday, only 26 percent of the citizens viewed Trump as trustworthy, while 28 percent said they were not sure.

The poll comes following Comey's testimony on the Trump-Russia probe at the US Senate Intelligence Committee on June 8. It was the first public appearance of Comey since his firing in May. During his testimony, Comey explained why he recorded his private talks with the US president, saying that he was afraid Trump might "lie" about them. However, he said that Trump did not directly order him stop investigation into former National Security Advisor Michael Flynn.

© REUTERS / Joshua Roberts
The One Thing Senate Wanted to Hear From Comey But Didn't
Following the revelation, Trump's lawyer Marc Kasowitz called for finding out whether by leaking sensitive information the ex-FBI head violated the law.

Comey said on Thursday that he believed that not his alleged incompetence, but the Russia probe made Trump decide to fire him.

Comey Risks Getting Into Trap He Set for Trump