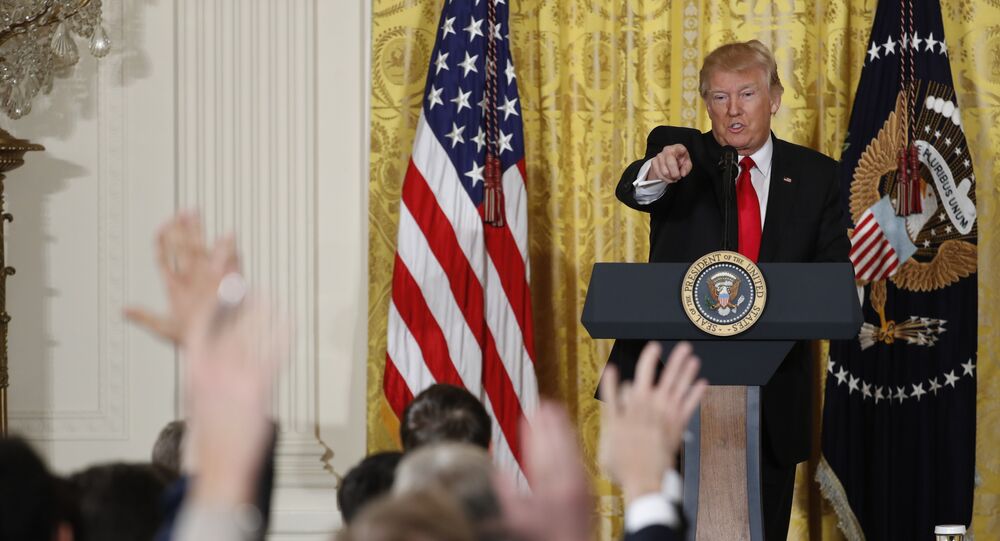 US President Donald Trump's administration does not want to jump ahead or start guessing about House Intelligence Committee Chairman Devin Nunes' recent findings on surveillance before the commander-in-chief is even briefed, White House Press Secretary Sean Spicer said in a briefing on Wednesday.

WASHINGTON (Sputnik) — Earlier in the day, Nunes said that the US intelligence community has incidentally collected some information about members of Trump’s transition team.

Nunes is set to provide the relevant information on this matter to Trump later today.

"I don't want to start talking or guessing what he [Nunes] may say or may not say. I think we will have more information… when the President is briefed," Spicer stated. "I do not want to jump ahead."

© AP Photo / Alex Brandon
Majority of US Republicans Believe Trump Wiretapping Allegations
Spicer added that the White House is unaware whether Nunes has briefed the Federal Bureau of Investigation (FBI) or any other intelligence agency on this matter.

Trump 'Stands by' Allegations of Wiretapping Conducted by Obama