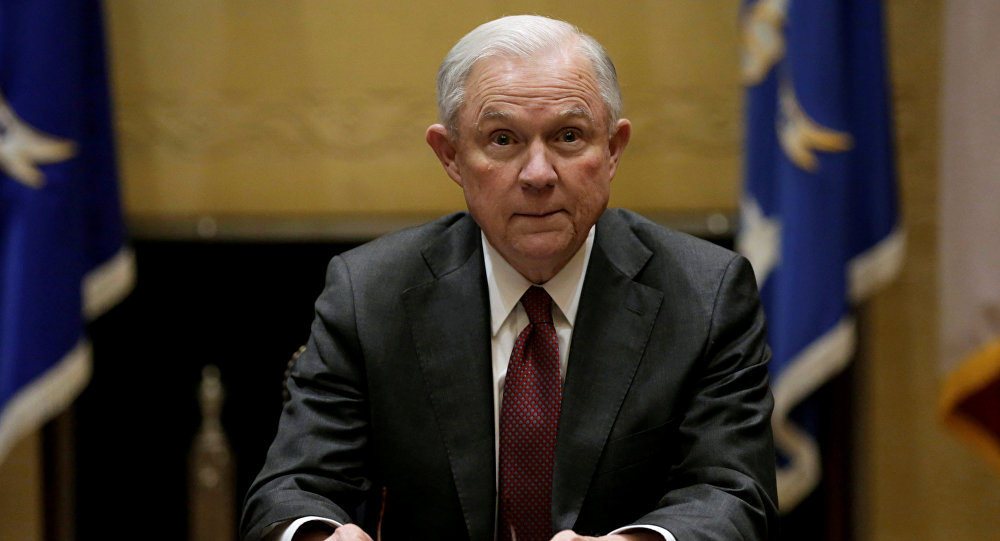 US Attorney General Jeff Sessions should resign amid allegations that he misled the Senate about discussions with Russian Ambassador Sergei Kislyak, Senate Minority Leader Chuck Schumer said in a press conference on Thursday.

WASHINGTON (Sputnik) — On Wednesday, the Washington Post reported that Sessions had two conversations with Kislyak last year while he was a US senator.

"Because the Department of Justice should be above reproach for the good of the country, Attorney General Sessions should resign," Schumer stated.

The Department of Justice should appoint a special prosecutor to probe alleged Russian interference in the US election, Schumer said.

"The Justice Department must immediately appoint a special prosecutor," he stated.

© AFP 2019 / MANDEL NGAN
Attorney Sessions Scandal is Democrats' Attack on Trump - White House
Sessions said during his confirmation hearing in January that he did not speak to any Russian officials about the Trump campaign.

Lawmakers in both Senate and House of Representatives called on Sessions to recuse himself from the ongoing probe into Trump’s alleged Russia ties, citing impartiality concerns.

Sessions denied allegations he misled the Senate and said he is prepared to recuse himself from the investigation if the need arises.