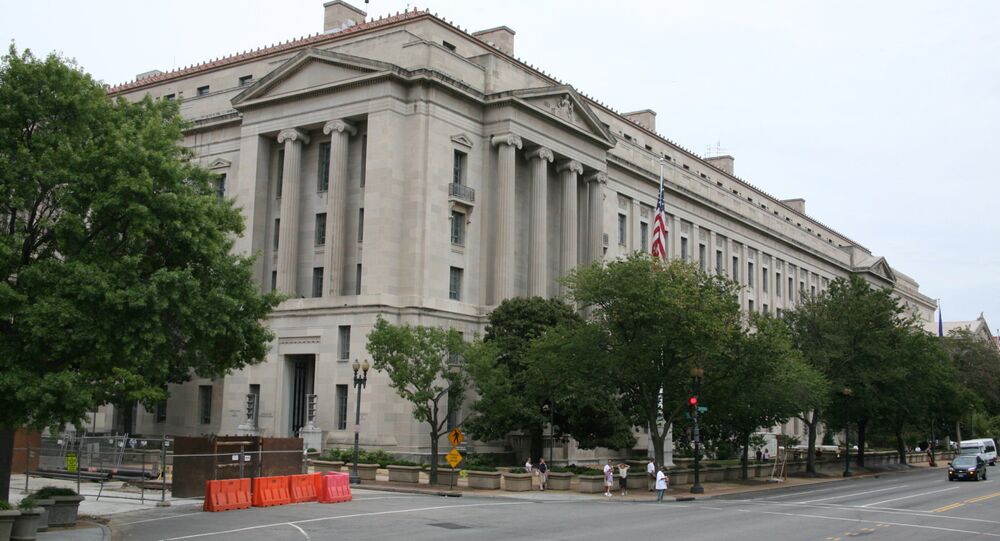 The US Department of Justice has filed an emergency motion with the Ninth Circuit Court of Appeals for the reversal of a US federal judge's ruling on the suspension of President Donald Trump's immigration order.

MOSCOW (Sputnik) — On Friday night, US District Judge James Robart in Seattle ordered a temporary nationwide halt to the entry ban, siding with the states of Washington and Minnesota that challenged the federal government over the immigration policy they considered discriminatory, and thus unconstitutional.

"The district court’s sweeping injunction should be stayed pending appeal… It also contravenes the considered judgment of Congress that the President should have the unreviewable authority to suspend the admission of any class of aliens," the motion for case 17-35105, filed on Saturday evening, said.

According to the plaintiff, the district court had no right to make decision on the issuance of visas or blocking the entry for foreign citizens and its resulting ruling was too broad and harmful to national security.

"The injunction immediately harms the public by thwarting enforcement of an Executive Order issued by the President, based on his national security judgment," the motion read.

© AFP 2020 / Sandy Huffaker
'Wrong Time for Building Walls Between Nations' - Iran's Leader on Trump's Steps
The executive order, titled "Protecting the Nation From Foreign Terrorist Entry Into the United States," was signed by Trump on January 27. The document blocked refugees coming to the United States for 120 days, indefinitely suspended the entry of Syrian refugees and restricted immigration from Iran, Iraq, Libya, Somalia, Sudan and Yemen for 90 days.

The move has stirred up controversy in America and in countries around the world, forcing thousands of people to take to the streets.

UPDATE: US Department of Justice Moves to Appeal Halt of Trump's Travel Ban