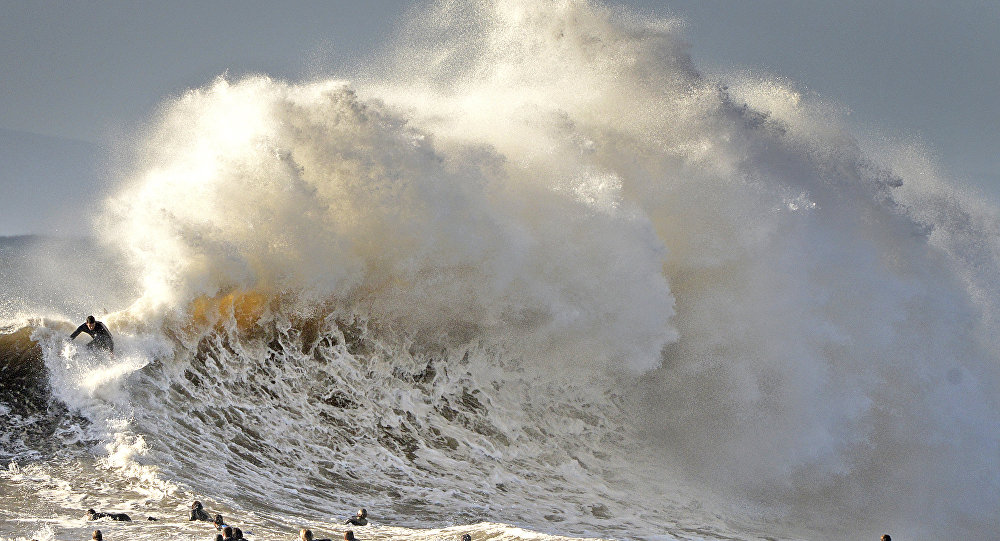 Both the east and west coasts of the United States saw extreme weather events over the weekend, as widespread storms and floods occurred in California, as well as tornadoes in the South. At least 23 deaths have been reported.

Thunderstorms, hail, strong winds, and flooding all resulted from a winter storm that struck Southern California. At least four people were killed.

​The National Weather Service warned California residents to be ready for the biggest storm in years. Rain and strong waves have claimed the lives of three people in San Diego and and Los Angeles Counties, while firefighters launched rescues for those trapped by surging waters. A falling oak killed a woman in Mendocino County.

​Winds in excess of 60 mph were reported just above Los Angeles in nearby Santa Barbara County. In Orange County, roads were flooded and trees were toppled by heavy rain. Sunday rainfall in Long Beach and Los Angeles broke single-day records.

​The Northern California coast recorded monstrous waves, the tallest of which was an astonishing 34.12 feet. The previous record for Monterey Bay, the location of the giant waves, was 32.8 feet.

​"This was easily the biggest day [for surfing] I've ever seen," said local man Don Dianda to SFGate. "The beach was completely gone & the ocean surge generated by large sets forced me to retreat 100 yards up the trail."

​Suzanne Sims with the National Oceanic and Atmospheric Administration (NOAA) said that the powerful waves were created from a large Pacific storm pushing strong winds toward the coast. The waves were so strong that the SS Palo Alto, a hundred-year-old concrete ship converted into a marine life habitat and tourist attraction, had its stern torn off.

People take advantage of a break in the storms to look at damage to the WW I era concrete ship #sspaloalto pic.twitter.com/VeOSV3dxRC

​Across the country, similar dangers played out as storms and tornadoes tore through Georgia, Mississippi, and South Carolina. There are reports of 19 deaths, with 15 in Georgia alone. A pair of tornadoes were the culprits, shattering windows and battering homes.

Continue to pray for my family in Albany, Georgia. My brother Marlo sent me these pictures. Prayers & items needed. pic.twitter.com/o4oDLdPm8W

​Jenny Bullard, a woman from Cook County, Georgia, told AP that the tornadoes collapsed her house into itself. Willard was not injured, nor were her parents, but her father was briefly buried under debris. Their home, as well as a shed filled with farming equipment and two grain silos, were destroyed.

"It's a horrible tragedy. But all this stuff can be replaced," she said. "We can't replace each other. We're extremely lucky. My dad is lucky to be alive."

Tornado in US State of Alabama Claims 3 Lives, Injures Dozens