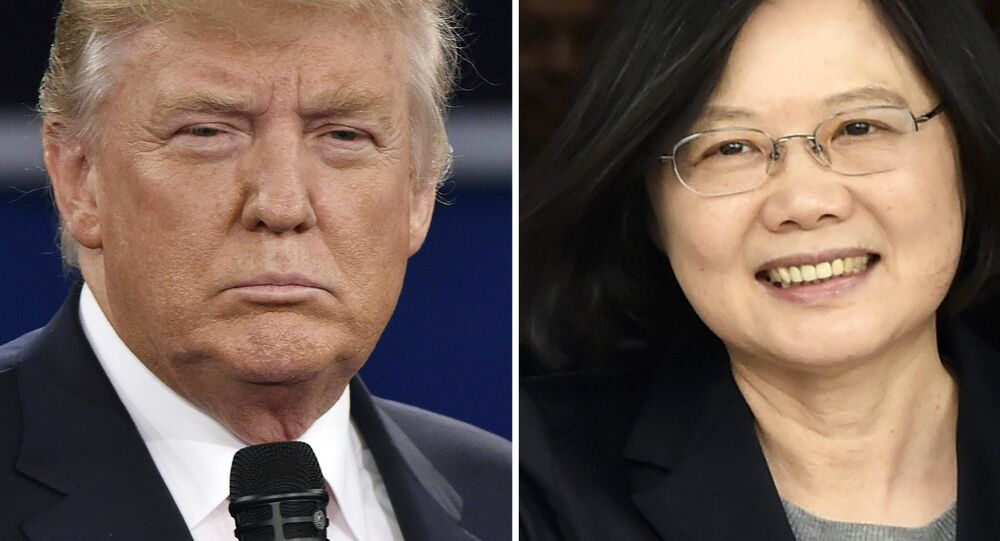 Trump claims that the "One China" policy on Taiwan is up for negotiation and that he is not fully committed to it.

© AP Photo / Central News Agency
China Warns Trump: Flake on One China Policy and Beijing Will ‘Take Revenge’
WASHINGTON (Sputnik) – US president-elect Donald Trump says the "One China" policy on Taiwan is up for negotiation and that he is not fully committed to it.

"Everything is under negotiation including One China," Trump stressed in a Friday interview with The Wall Street Journal.

Trump suggested that China is a currency manipulator, saying "They’re doing it [devaluating the currency] on purpose."

On December 11, 2016, Trump said he would not be bound by the "One China" policy regarding US relations with Taiwan.

Taiwan Mainland Spokesman Urges US to Stick to 'One China' Policy