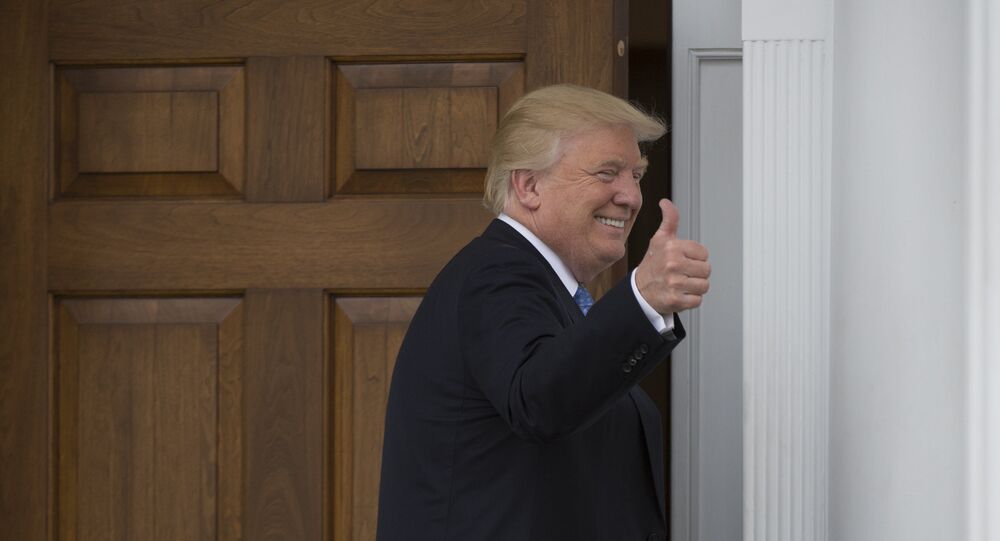 An explosive yet unsubstantiated story about Donald Trump's alleged activities on a trip to Moscow actually originated with users of 4Chan, the internet bulletin board claims.

An unsubstantiated, supposedly "confidential" 35-page UK intelligence dossier on Donald Trump, which was leaked to the media earlier this week, had its origins on the internet bulletin board 4Chan, its users have claimed.

On Wednesday the US news network CNN reported that the report's contents were presented to Obama and President-elect Trump by US officials last week, and the news website BuzzFeed published the document in full.

CNN advances my pre-election story on the intel reports that said Moscow spies had an operation to cultivate Trump. https://t.co/xv8X5LL7Jm

The report alleges "further indications of the extensive conspiracy between Trump's campaign and the Kremlin" https://t.co/k0sQhcvGlc pic.twitter.com/VMLrw3Ca7M

​​The report includes outrageous unverified allegations, including one that Trump ordered prostitutes to urinate in front of him in the presidential suite of the Ritz Carlton Hotel, where he knew that President Barack Obama and his wife had stayed.

Screenshot
Screenshot of Memo Compiled by Anonymous Source on Donald Trump
The report also alleges that the encounter was recorded by Russian intelligence, keen to gather compromising information on Trump.

News outlets took the decision to run the story in spite of clues that the document was a fake, including factual errors and the use of the heading "Confidential/Sensitive Source" which is used by neither UK nor US intelligence agencies.

35 page PDF published by Buzzfeed on Trump is not an intelligence report. Style, facts & dates show no credibility.https://t.co/twa8pJMMtP

​However, in a further twist it is now said that the internet bulletin board 4Chan was the source of the rumor, which first began to circulate in November.

4chan trolled Rick Wilson with the Trump piss story back in November 2016. Media or CIA added Russian spies themselves. THIS IS NOT A DRILL. pic.twitter.com/BFJDvzcgbf

​According to 4Chan users, when anti-Trump Republican political strategist Rick Wilson received the false dossier, he thought it was real and gave it to the CIA.

The intelligence agency decided to investigate the claims, and even briefed the President about them, as CNN reported.

​On Wednesday Moscow dismissed claims that Russian intelligence has "compromising intelligence" on Donald Trump, and described the allegations as an attempt to harm bilateral relations.

© REUTERS / Carlo Allegri/File Photo
'Russia Has Never Tried to Use Leverage Over Me' - Trump
"It is an obvious attempt to harm our bilateral relations. The quality of the public version of the previous report and this hoax is comparable. In English, it is called pulp fiction," Kremlin spokesman Peskov said. "Surely, we should react to it with the same sense of humor."

However, the spokesman added that there is a "sad side to it."

"There are people who are whipping up hysteria, going out of their way to keep up the atmosphere of a witch hunt," Peskov said.