Trump: 'Russia Has Never Tried to Use Leverage Over Me' 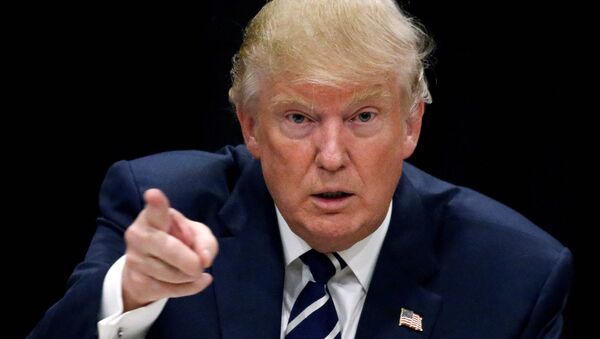 US President-elect Donald Trump claimed Wednesday that Russia had dismissed reports on having alleged compromising materials regarding him as nonsense and a fabrication.

Moscow Slams Allegations That Russia Has Compromising Intel on Clinton as 'Hoax'
MOSCOW (Sputnik) – On Tuesday, the CNN and the BuzzFeed news website reported on memos, compiled by an unnamed former intelligence officer from the United Kingdom, which allege that Trump has been groomed and supported by Russian intelligence for at least five years.

The documents, which BuzzFeed admitted were unsupported and which the CNN did not fully disclose due to lack of independent corroboration, also alleged that Russian intelligence had compromising material on Trump related to his "unorthodox behavior" during a visit to Russia.

Donald Trump denied that Russia has ever attempted to use leverage over him and reiterated that he has no business links with Russia.

Russia has never tried to use leverage over me. I HAVE NOTHING TO DO WITH RUSSIA — NO DEALS, NO LOANS, NO NOTHING!

I win an election easily, a great "movement" is verified, and crooked opponents try to belittle our victory with FAKE NEWS. A sorry state!

Trump further pointed out that the "leak" should not have emerged in the mainstream media at all.