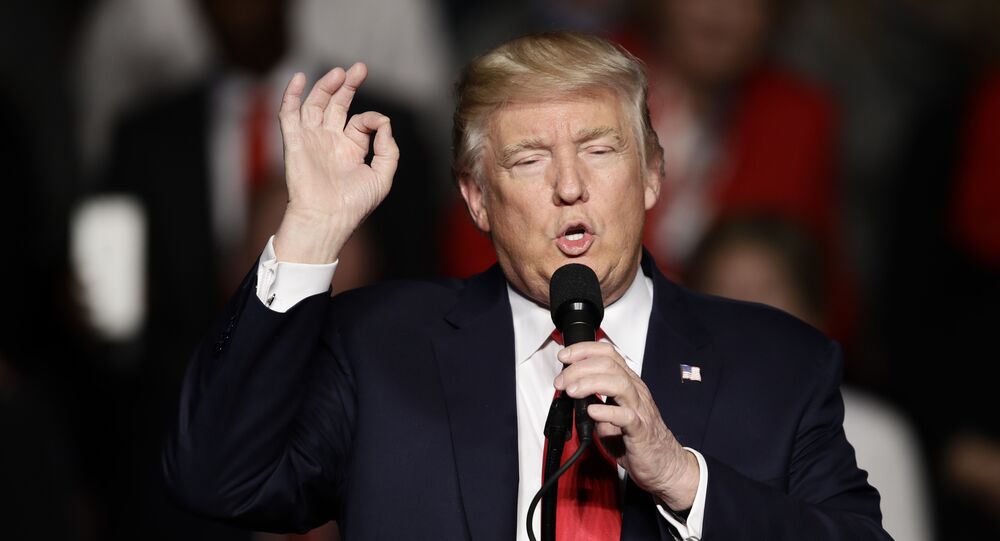 Kremlin does not have any 'compromising material' on Hillary Clinton, Peskov said. He stressed that Moscow does not engage in collecting such material.

The claims that Russian intelligence community has any compromising data on President-elect Donald Trump is "another attempt to harm bilateral relations," Peskov said, comparing the allegations to "pulp fiction".

"It is an obvious attempt to harm our bilateral relations. The quality of the public version of the previous report ans this hoax is comparable. In English, it is called pulp fiction," Peskov said. "Surely, we should react to it with the same sense of humor."

Peskov added that there is a "sad side to it": "There are people who are whipping up hysteria, going out of their way to keep up the atmosphere of a witch hunt."

© Sputnik / Natalia Seliverstova
Kremlin on Washington's Sanctions Rhetoric: 'We Hope Common Sense Will Prevail'
On Tuesday, the US media reported that the US intelligence community officials briefed President-elect Donald Trump on Russian operatives’ actions that aimed to compromise his personal and financial information.

The allegations were presented to Trump in a two-page document that came as an addition to a full report on alleged Russian interference in the 2016 election, CNN said, citing unnamed US officials.

Following the briefing, what was presented to be the full version of the documents was published by BuzzFeed News.

WikiLeaks took to Twitter to slam the publication as a fake.

In response to the story, Trump said that is is a clear case of a "witch hunt".