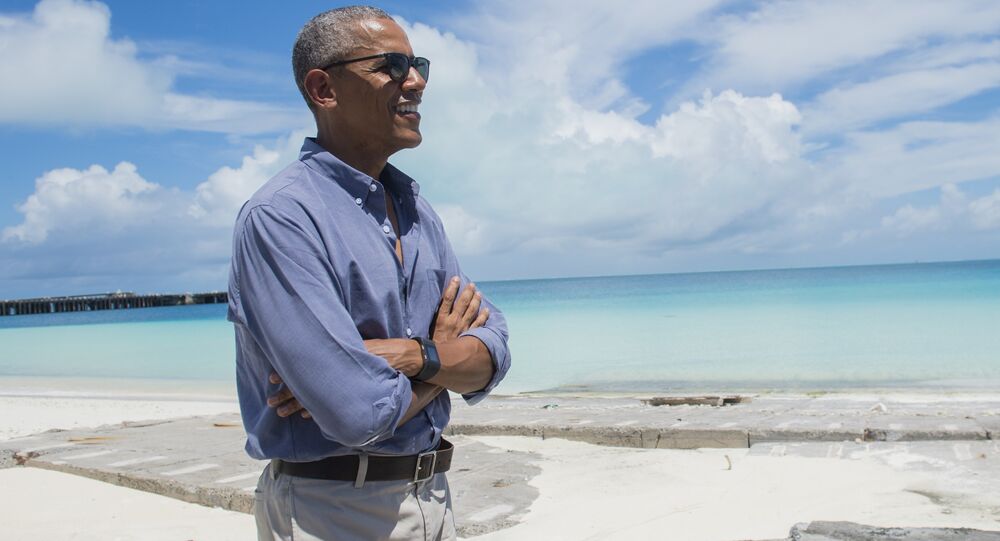 The Obama administration has rejected requests by energy companies to conduct seismic surveys in the Atlantic Ocean to map drilling sites for oil and natural gas, affirming the block on Atlantic drilling passed by Obama in December 2016 — although there are some indications Donald Trump will overturn the ban when he ascends to the Oval Office.

In a statement, the Bureau of Ocean Energy Management said the value of obtaining the geophysical and geological information from new airgun seismic surveys in the Atlantic does not outweigh the potential risks of those surveys' potential impacts on marine life.

The decision to ban oil and gas drilling in huge swaths of the Arctic and Atlantic oceans, "indefinitely" protecting around 120 million acres of sensitive marine environments from the risks of oil spills and other industrial impacts, has been applauded by environmental advocates.

However, the means by which the outgoing-President achieved the ban, an obscure 1953 law entitled The Outer Continental Shelf Lands Act, has proven controversial, with many lobby groups issuing statements urging incoming-President Trump to overturn it.

"The blanket denial of seismic survey permits is an unsurprising attempt to put another nail in the coffin of sensible energy exploration in the Atlantic. This decision conflicts with the government's own scientific conclusion that seismic surveys are environmentally safe. This decision continues the Obama administration's dismissal of scientifically-backed offshore policies and ignores seismic and other geophysical surveys that have been safely conducted offshore in the US and around the world for over 50 years," Luthi said.

"Most of the seismic data for the Atlantic OCS is more than three decades old, and the government seems determined to make sure it remains that way, keeping Americans in the dark for the foreseeable future about the true potential of valuable offshore oil and gas resources that belong to us all," he added.

"The unilateral mandate could put America back on a path of energy dependence for decades to come. President Obama chose to succumb to environmental extremists' demands to affordable and abundant energy supplies away from those who need it the most by keeping them in the ground. IPAA looks forward to working with the Trump Administration on new job-creating solutions that will balance thoughtful, environmental protections with safe, responsible energy production and the tremendous economic and consumer benefits that come along with it."

US politicians are also keen to overturn the ban, with Alaska Senator Dan Sullivan and Representative Don Young already seeking to introduce legislation to do so.

However, there are suggestions Trump may not be able to cancel the ban in the immediate future. Dmitry Abzalov, head of the Moscow-based Center for Strategic Communications think tank, said "the existence of a certain political and legal field may seriously hamper the activities of the new Administration and the new President."