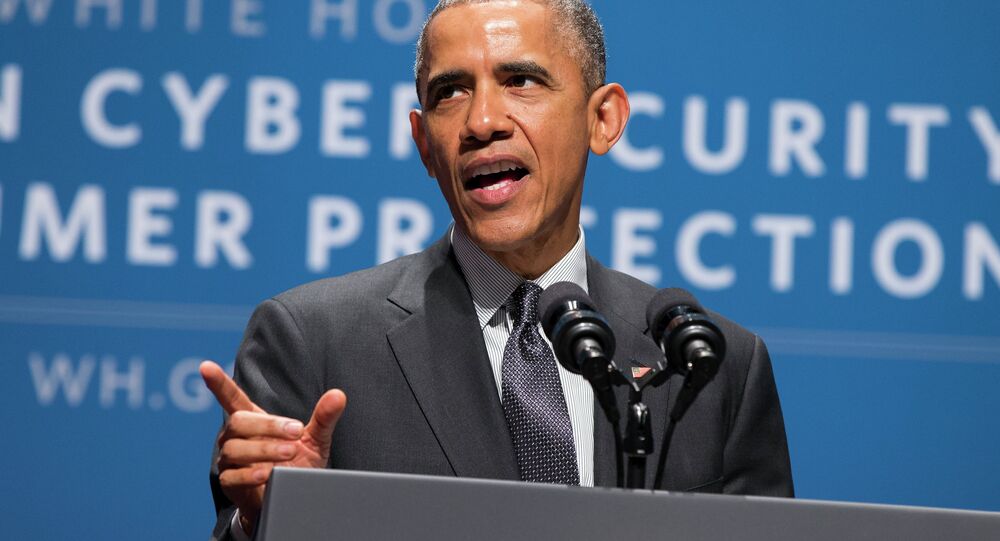 President Barack Obama said his administration will provide lawmakers a detailed analysis regarding allegations of Russian "efforts to interfere in our election" in addition to accusations of "malicious cyberactivity."

Congress is not currently in session and lawmakers will not return to Washington DC until after January 1, but it is expected that legislators will receive the report in a matter of days. Obama previously ordered White House teams to prepare a report on allegations of Russian interference with US elections before his term concludes on January 20.

The White House statement has arrived moments after Washington announced sanctions against five Russian organizations, including the Federal Security Service, and the expulsion of 35 Russian diplomatic officials who have just three days to exit the country.

US Speaker of the House of Representatives Paul Ryan responded saying Russia "has consistently sought to undermine" American interests, adding that Thursday's sanctions are "long overdue." Ryan further remarked that Russia created "dangerous instability around the world" in recent years, and that the new sanctions are "an appropriate way to end eight years of failed policy with Russia" that has "left America weaker in the eyes of the world." Of course, Ryan took advantage of the news to score a few political points by barraging the Obama administration's "ineffective foreign policy."

The report for Congress was compiled by the Department of Homeland Security (DHS) and the FBI. It reportedly contains declassified intelligence on Russian civilian and military activity aimed at bolstering the US' ability to "identify, detect, and disrupt Russia's global campaign of malicious cyber activities," according to an email from the White House to Sputnik News.

The Joint Analysis Report (JAR) claims to have found the computers around the world that Russian intelligence services used to conduct their operations unbeknownst to the owners of the computers. Using virtual machines makes it extremely difficult to trace the alleged hacks back to Russian operatives. "In some cases, the cybersecurity community was aware of this infrastructure," the email said.

Further, the report claims to outline precisely which malware Russian intelligence services relied on to conduct their supposed "malicious" activities. Basically, once this information becomes public, network analysts will immediately block the Russian malware identified in the report.

But this doesn't really do much more than put a band-aid on what appears to be a thoroughly unsecured networks. Its fairly well-known in cybersecurity circles that once a malware is identified and detained, computer engineers can simply design new programs to achieve their aims.

Lastly, the JAR claims that it will sketch out Russian intelligence operations in order for network defenders to build out new strategies that can "detect and disrupt an ongoing intrusion."

The JAR will be circulated among private-sector security firms as part of a White House effort to "encourage" members of the private sector to check their network traffic histories for signs of suspicious activity. Further, the DHS and FBI hope security firms "leverage" the indicators enumerated in the JAR to foster "proactive defense efforts to block malicious activity before it occurs."