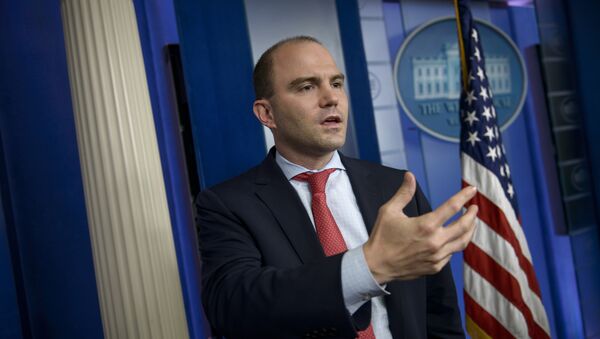 "[W]ithout getting into a specific piece of intelligence, I don't think things happen in the Russian government of this consequence without [Russian President] Vladimir Putin knowing about it," Rhodes suggested in the interview to MSNBC on Thursday.

Rhodes argued that, ultimately, Putin should be "responsible" for the actions of Russian senior officials.

On Wednesday, NBC channel claimed citing unnamed intelligence community sources that Putin directed the cyberattacks to interfere with the US election process and help the Republican candidate Donald Trump to win the presidency.

US Secretary of State John Kerry at a breifing earlier on Thursday refused to comment on the report because it was based on anonymous sources.

Russian Foreign Minister Sergey Lavrov responded to the allegations by calling them "obviously foolish and pointless."