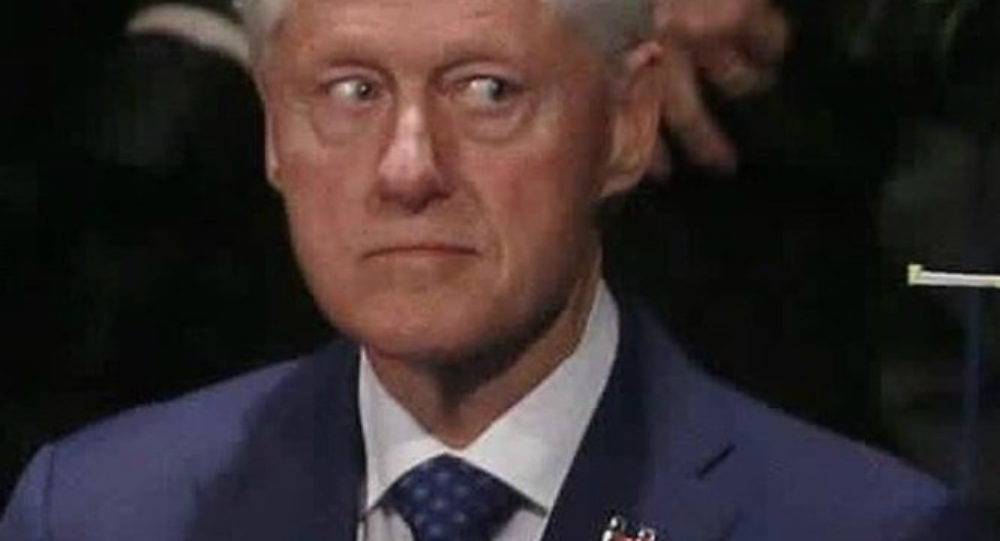 Playing off the common term for the presidential spouse, alleged victims Juanita Broaddrick, Kathleen Willey, and Paula Jones say that the only noun that should follow him is "rapist."

© AFP 2021 / Brendan Smialowski/Saul Loeb
Paul Ryan Declares Hillary Won Killing Any Odds of a Trump Comeback
The hands down loser of last night’s debate wasn’t either Hillary Clinton or Donald Trump – it was Bill Clinton and his sterling reputation despite years of sexual indiscretion when the Republican nominee brought up in intricate detail the accusations of sexual assault and rape allegedly perpetrated by the former United States President as his accusers sat in the audience.

Monday was not much better for Bill Clinton with three alleged rape victims – Juanita Broaddrick, Kathleen Willey, and Paula Jones sitting down for another exclusive video with controversial far-right news outlet Breitbart News where they once again let the man they said brutally assaulted them have it in the courtroom of public opinion.

The reporter Aaron Klein asked them whether they agreed with Hillary Clinton’s suggestion that her husband be labeled the "First Gentleman" in the event that she wins the election – a possibility that seems more likely with each passing day until November 8th.

Paula Jones chimed in saying, "He is not a gentleman" before suggesting that he be referred to as the “First Groper.” At that moment Kathleen Willey offered her suggestion which the three women agreed was the right name for him – "How about the First Rapist?"

The accusations against Bill Clinton follow in the wake of national outrage over controversial statements made by Donald Trump about "grabbing women by their p----," but the three women who claim to have suffered sexual violence at the hands of Bill Clinton support Trump saying that they are fear of Hillary’s intimidation tactics and that unlike the former US President, the Republican nominee’s indiscretions were just vulgar words.