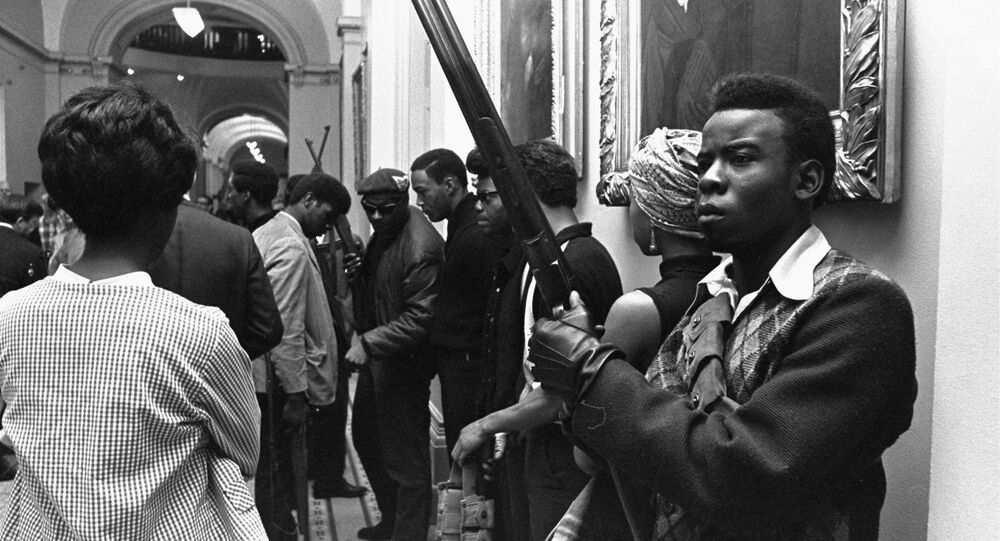 Black August: What Movements of Today Can Learn From the Past

Radio Sputnik’s Loud & Clear spoke with journalist and former political prisoner Eddie Conway about the importance of Black August and what today’s movements, including Black Lives Matter, can learn from the revolutionary struggles of decades past.

​"Black August represents for us in the black liberation movement and for people fighting for human rights, that period that we can identify with George Jackson, people have decided that’s the month to recognize our resistance movement, hundreds of years of resisting slavery and Jim Crow in America," Conway explained.

August is an eventful month in black history, with revolts like the Haitian Revolution, Nat Turner’s Rebellion, and the birthdays of writers and leaders including James Baldwin and Marcus Garvey, among other events. Conway feels that Jackson, who was sentenced to serve one year to life for stealing $70 from a gas station at gunpoint, exemplified the best in the tradition of black radical protest.

Facebbok
US Political Prisoners That Don’t Even Exist, According to Obama

"George Jackson was so significant because of his ability to analyze what fascism was and his ability to bring people together from all ethnic groups in the prison system to organize to change conditions in the prison system." he said, "His books Blood in My Eye and Soledad Brother are books that were used throughout the 60s and 70s through the prison system in America to raise the consciousness of prisoners, to change their behaviour from resisting the system in terms of criminal activity to resisting the system in terms of organizing revolutionary activities."

Loud & Clear host Brian Becker observed, "There has been a return of the militant street protests and mass movement around the country. What are the lessons from the 60s and early 70s most relevant for today’s emerging generation of activists?"

Conway responded, "I think the most significant [thing] is to be educated, to look at your history, look at what came before you, the organizations, see the mistakes they made, see how they operated and see how they were attacked and disrupted."

© Flickr / Prison Radio
US Political Prisoners: What Washington Doesn’t Want You to Know

He praised recent movements like Occupy Wall Street and Black Lives Matter for steering away from charismatic, vertical leadership and moving toward a more democratic, group-centered model of decision making.

Conway spent 44 years as a political prisoner as a result of his leadership in the Black Panther Party. Becker asked what kept him heartened through that time.

"For me, it was the support that came from the community, from people around the world that helped to me survive, that helped to me to resist. But it was also the fact that I continued to work inside the prison system for change. Doing the work and staying involved and having support is very important for our political prisoners."