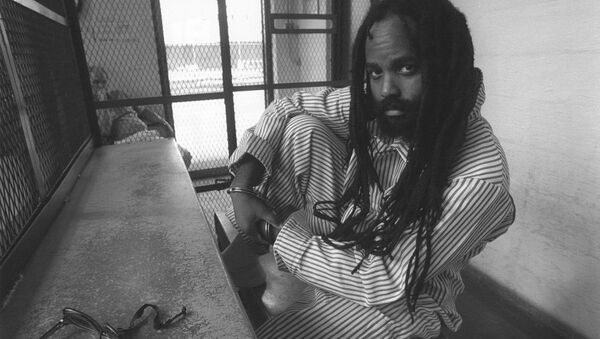 The United States holds over 25% of the world’s incarcerated, despite comprising just 5% of the planet’s population. The US doesn’t acknowledge having political prisoners, but political activists from the 1960s and 70s continue to languish in America’s prisons.

Radio Sputnik’s Loud and Clear spoke with Eddie Conway, a former political prisoner and journalist; Noelle Hanrahan, a journalist with Prison Radio who co-wrote and produced the documentary "Mumia: Long Distance Revolutionary" about Mumia Abu-Jamal; Ramona Africa of the MOVE Organization; and Cynthia Dunne, who works as co-counsel for the release of Native American activist Leonard Peltier.

​MOVE is a militant organization, founded in 1972 and based in Philadelphia, that has been at the forefront of environmentalism, animal rights, veganism, and, as Africa puts it, "Anything dealing with life." Their philosophies have, in the past, often put them at odds with the city authorities and, in particular, the notoriously racist Philadelphia mayor Frank Rizzo because, "those representing this system… they don’t care about life, they care about money. How much money they can make and how to keep this system going as it is."

On May 13, 1985, using neighbour complaints as a pretext, Philadelphia police initiated a shootout and eventually bombed the MOVE house, killing 11 people, including five children. Africa asserts that the attack was in retaliation for the group’s work to the release the so-called MOVE 9, nine organization members who were imprisoned following a police attack in 1978. MOVE-member Africa was the only person to serve time after the 1985 bombing, on a "laundry list of charges," including possession of explosives. "Because MOVE could not be bought off, bribed, intimidated or beat into submission, the government made a simple decision, that they could just kill us off if they could not control us…that’s what the bombing was about," she said.

Conway was the minister of information for the Baltimore chapter of the Black Panther party. He was charged with ordering Panthers to shoot at police, and was imprisoned for 44 years, in what most consider to have been a kangaroo court. Conway said that, when it comes to political prisoners, the US says one thing and does another.

Hanrahan noted that activist Mumia Abu Jamal faced persecution, in part, because of his sympathetic coverage of the MOVE family. She said that recently Mumia has been denied treatment for Hepatitis C and that such negligence is typical for many prisoners, political prisoners especially.  "At any moment (prisoners) who are political experience this extra level of scrutiny and not getting released and it is very intense."

Native-American Leonard Peltier was incarcerated for the 1973 shooting of two FBI officers at the Wounded Knee reservation, even though the bullets were shown not to have came from his gun. Dunne described the process for drafting a petition of clemency for Peltier. "We’re asking, because of the unique situation in this case and the government’s history and connection with his case and the American Indian Movement in general, that it’s in the interest of justice to allow Leonard Peltier, who has now served 40 years in maximum security prisons and 5 years in solitary confinement, to go home and live out his final years on the Turtle Mountain reservation where he has family and relatives he’s never met."