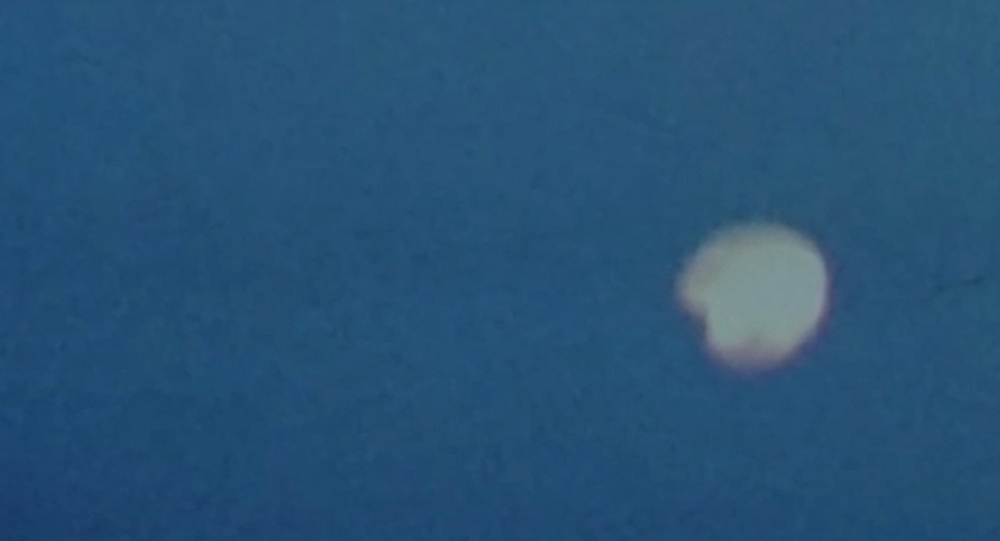 A mysterious shiny, silver object was spotted floating through the sky over Pennsylvania on Thursday evening.

Streetcap1
NASA Under Fire After Cutting ISS Stream Video Allegedly Showing UFO
Pittsburgh residents were baffled by what they saw, with some saying that it looked like a weather balloon.

“Around 8 p.m., we were looking up into the northern sky and saw what looked like just to be a bright, silver object in the sky, and then after we got a telescope on it, it looked like it was a clear balloon that was catching the light as it moved from west to east,” witness Russ Moll told the local CBS affiliate.

The National Weather Service regularly uses balloons to measure conditions, and released a statement that their devices had not caused any strange occurrence that they are aware of.

“We’ve had no issues with the launch this evening or any calls about objects floating/glowing in the sky,” their statement read.

“It stood out because it was before dusk and so the stars weren’t out yet, so it just really caught our eye,” Moll said. “You noticed it as being something out of the ordinary.”

Mike Hennessy, manager of the planetarium at the Carnegie Science Center in Pittsburgh did not know exactly what it could be, either, but had some ideas.

“It could be the International Space Station. Venus is a strong possibility as it set West Northwest. Jupiter is also likely as it setting in the West tonight, in just a few minutes. Less likely, but worth noting: Mars has been putting on a glorious show of reddish/gold hue in the South. It’s a great month for planet gazing!” Hennessy told CBS.