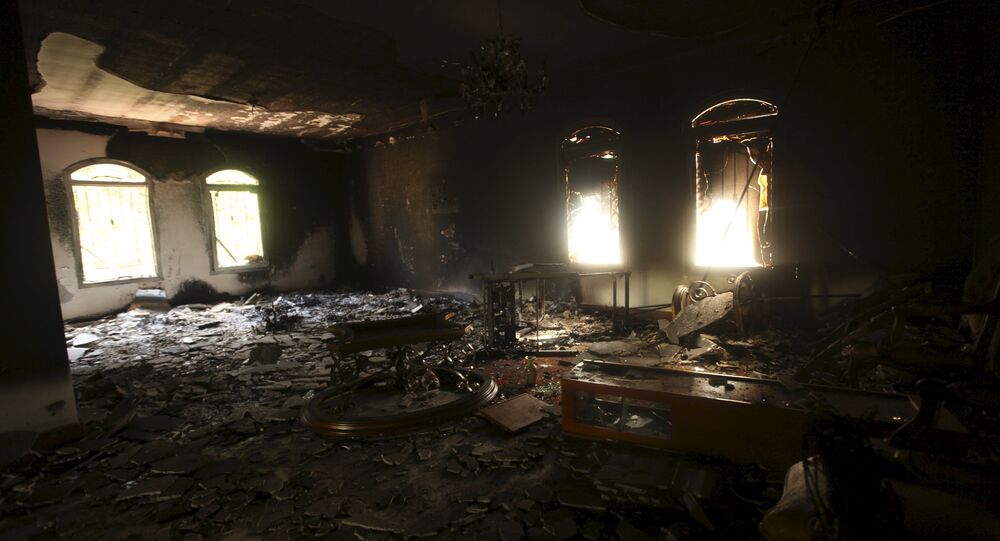 Report Finds US Military Showed Up Late During Benghazi Attack

None of the relevant US military forces met their required deployment timelines during the 2012 attack on the US diplomatic compound in Benghazi, Libya, according to the US House Benghazi Committee.

© REUTERS / Esam Omran Al-Fetori
Libyan Armed Forces Striving to Defeat Terrorists in Benghazi Within Hours
WASHINGTON (Sputnik) — US military did not meet established deployment timelines during the 2012 attack on the US diplomatic compound in Benghazi, Libya, Republicans on the US House Benghazi Committee said in the final report on Tuesday.

"None of the relevant military forces met their required deployment timelines," the report stated.

The 2012 terrorist attack in the Libyan port city of Benghazi killed US Ambassador Christopher Stevens and three other Americans.

The Republicans argued that one of the platoons arrived to the Libyan capital Tripoli almost 24 hours after the beginning of attacks.

"When the Secretary [then-Defense Secretary Leon Panetta] identified a FAST Platoon as an asset to deploy and said ‘go,’ one US facility in Libya had already been attacked, Sean Smith had been killed, Chris Stevens was missing, and the US Embassy in Tripoli was facing threats of another attack," the report said.

© REUTERS / Esam Omran Al-Fetori
Pentagon Official Must Testify About Drone Operator in Benghazi Probe
Continuing controversy over the 2012 terrorist attack in Benghazi reflects the sharp divide between Republicans and Democrats in the US Congress.

Republicans accuse the Obama administration of covering up its incompetent response to the attacks, while Democrats view the Benghazi Committee’s work as political theater intended to embarrass the administration.