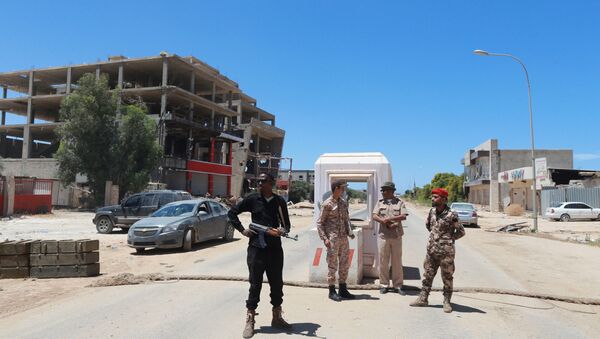 TRIPOLI (Sputnik) — The Libyan Armed Forces plan to defeat terrorists in the eastern city of Benghazi in the next few hours, army spokesman Col. Ahmed Mismari told Sputnik on Thursday.

"We have entered the last hours before the fight for Benghazi ends," Mismari said.

He stressed that 18 soldiers died during the military operation.

'We Have Seen This': Moscow Will Not 'Bless' Another NATO Campaign in Libya
Last week, the Libyan Armed Forces under the control of the internationally-recognized parliament in Tobruk announced the general mobilization in the country. The operations were launched against various militant groups, such as al-Qaeda and Daesh, which had seized parts of the eastern towns of Benghazi and Ajdabiya.