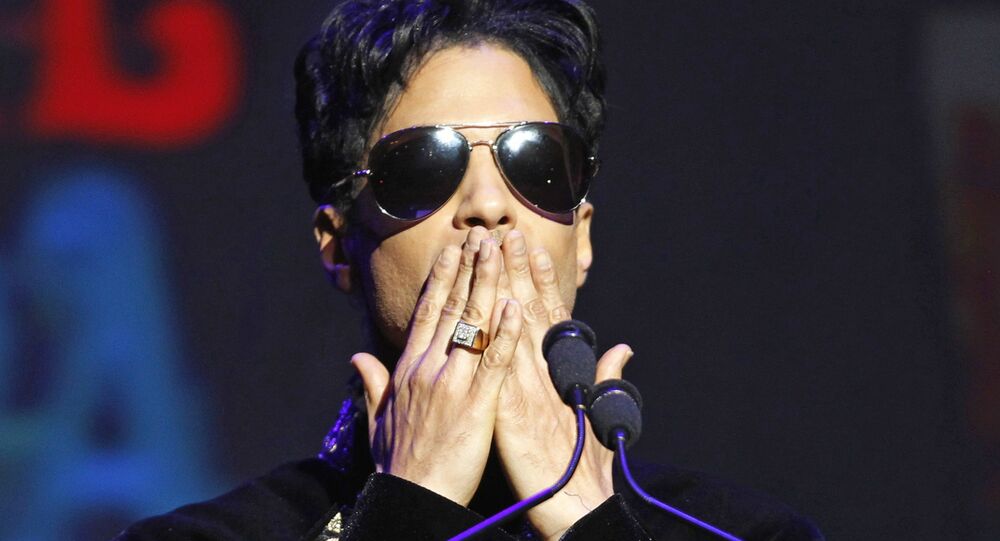 In the wake of Prince’s death, people around the world are expressing grief and sharing remembrances of the groundbreaking artist.

Prince Rogers Nelson, known as Prince, was found dead in his Minnesota recording studio shortly after noon local time on Thursday. The news has shocked his millions of fans, and social media has already been filled with commemorations.

The 57-year-old was known for his innovative musical style, which combined elements of hip hop, disco, funk, R&B, rock, and jazz, among others. His sophomore, self-titled album went platinum, and launched the artist’s career. His sixth studio album, "Purple Rain," sold over 13 million copies and is widely considered to be one of the top albums of the 20th century.

Prince contributed songs and collaborated with many other artists, often using a pseudonym to avoid taking credit. Joey Coco, Paisley Park, Alexander Nevermind, and Christopher were all song writing credits that refer to Prince.

He also appeared in film, most notably in the semi-autobiographical 1984 hit rock musical "Purple Rain," for which he wrote the soundtrack. He also appeared in "Under the Cherry Moon," "Sign o’ the Times," and "Graffiti Bridge," as well as occasional television appearances.

He contributed to the soundtrack of Tim Burton’s 1989 "Batman."

Singer, songwriter, producer, and multi-instrumentalist, Prince was inducted into the Rock and Roll Hall of Fame in 2004.

"Prince makes dance music that rocks and rock music that has a bristling, funky backbone," the Hall of Fame said in a statement at the time of his induction.

"From the beginning, Prince and his music were androgynous, sly, sexy and provocative. His colorful image and hard-hitting unforgettable pop hooks made Prince a paradigm-shifting figure comparable in impact to Little Richard, James Brown, Jimi Hendrix and George Clinton."

Prince worked tirelessly, releasing dozens of albums between 1976 and 2015. An intensely private person offstage, he famously took on big record labels for their notoriously egregious contractual requirements, changing his name in the process for a brief period of time to: "The Artist Formally Known as Prince."

"There’s not a person around who can stay awake as long as I can," Prince said during a 1985 interview. "Music is what keeps me awake."