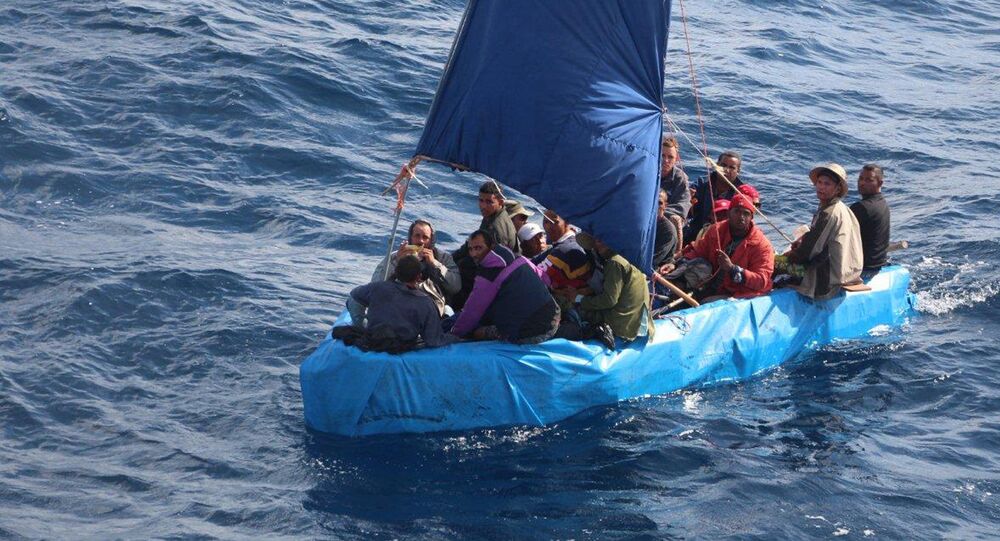 Out to Sea: Florida Mayor Set to Float From Cuba on Makeshift Raft

Clint Johnson, mayor of DeBary, Florida, plans to cross the Florida Straits alone on a makeshift raft, to call attention to the experiences of Cuban refugees.

© REUTERS / Carlo Allegri
Kerry to Visit Moscow After Cuba Trip
The vessel will be unpowered and assembled in Cuba from local materials, with only a few US-made metal parts. The enterprise's key sponsor is Ron Rice, owner of "Hawaiian Tropic," a popular suntan lotion brand headquartered in Florida's Volusia County, according to the Daytona Beach News-Journal.

Johnson is dedicating his 171-mile journey to a better understanding of Cuban refugees, and what they have to go through to reach the United States. As his personal website, teamclint.com, explains, "Florida is in the mix with a ‘wet foot/dry foot' policy which allows any Cuban immigrants that arrive on land by boat to receive refugee resident status. The journey they take is largely unreported and there is very little information on exactly what these men, women & children go through to get here."

​As Luis Martinez-Fernandez, a professor of history at the University of Central Florida, explains, the wet foot/dry foot policy was implemented during the administration of President Bill Clinton. Any Cuban caught in the water is turned around. If they reach dry ground, however, they can legally stay. Before Clinton, and beginning in 1966, any Cuban was welcome in the United States as a refugee.

Johnson's craft will be assembled using 55-gallon drums for flotation. He will test the vessel's seaworthiness in Lake Monroe, Indiana, and later at Lake Okeechobee, Florida. Johnson does not seek to be accompanied by another vessel.

"I want the trip back to be as authentic as possible," he says.

The US Department of State's website warns that Cuban waters "are extremely dangerous and difficult to navigate, even for experienced mariners." As Martinez-Fernandez comments, "In the case of Cubans, they're risking their lives."

Despite the dangers of the enterprise, Johnson remains optimistic, estimating the trip will take two to seven days. He will take a radio locator to be used in case of an emergency. The trip, scheduled for mid-April, can be tracked on the mayor's website in real time.

This wouldn't be Johnson's first promotional adventure since taking office. In October 2015, the mayor rode a bicycle across the state to raise awareness for cycling trails and his city.