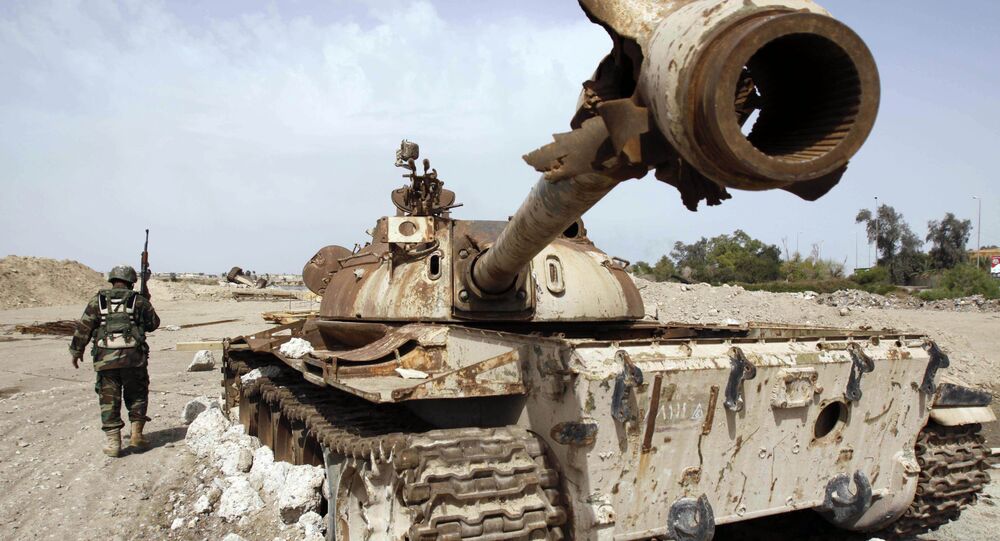 Back to Iraq: Pentagon Seeks to Further Expand Role in War-Torn Country

While the United States officially withdrew from Iraq in 2011, it has continued to be embroiled in the country’s affairs. Citing a rise in terrorist violence, the Pentagon is planning a new series of proposals for increased military operations against Daesh, also known as IS/Islamic State.

On Sunday, Daesh terrorists launched a wave of attacks in Iraq. Twin suicide blasts in Baghdad killed 78 people, and an assault in the outskirts of Abu Ghraib left 24 security forces dead.

Iraqi officials have blamed these incidents on a shortage of troops, which are spread too thin across the country.

"After the seizure of Ramadi, military operations have abated. That was a tactical mistake as Daesh fighters were given the chance to take a breath and regroup," said an Iraqi colonel from the ninth division.

"We need more reinforcements to fill the gap left by the counter-terrorism forces if we want to keep the momentum high."

Washington, always eager to expand its military presence abroad, is all too happy to oblige.

Speaking to reporters on Monday, US Defense Secretary Ashton Carter indicated that the Pentagon would expand its "assistance" to Iraqi security forces.

© Flickr / The U.S. Army
For US Leaders, Iraq Remains a Reputation Sink

"We’re talking about more of the things that we did in Ramadi, but we are talking about additional things of the kind that we’ve offered previously," he said. "That includes, in addition to directly enabling Iraqi forces, some things like logistics and bridging.

"So we fully expect to be doing more and differing in both scale and the kinds of things we’re doing."

During the same news conference, Gen. Joseph Dunford, chairman of the Joint Chiefs of Staff, indicated that Iraqi leaders are already working with US Central Command to develop proposals for improving the security situation.

Neither Carter nor Dunford offered specifics, but the plan is likely to include the deployment of US attack helicopters, which Carter has expressed support for in the past. Embedding US troops with Iraqi combat units is also a possibility.

Despite repeated promises of "no boots on the ground," Washington remains inextricably linked with the country it destabilized. And while the Pentagon may be desperately scrambling to combat terrorist threats in the region, it was American intervention which created the problem in the first place.

"Terrorist organizations had long operated in the shadows of the Middle East," analyst Perry Cammack wrote for The National Interest.

"But only since the second invasion of Iraq have they been able to recruit thousands of foreign fighters to the heart of the region, control vast territory and engage in nihilistic destruction on such a grand scale."

Number of US Military Contractors in Iraq in 2015 Soars