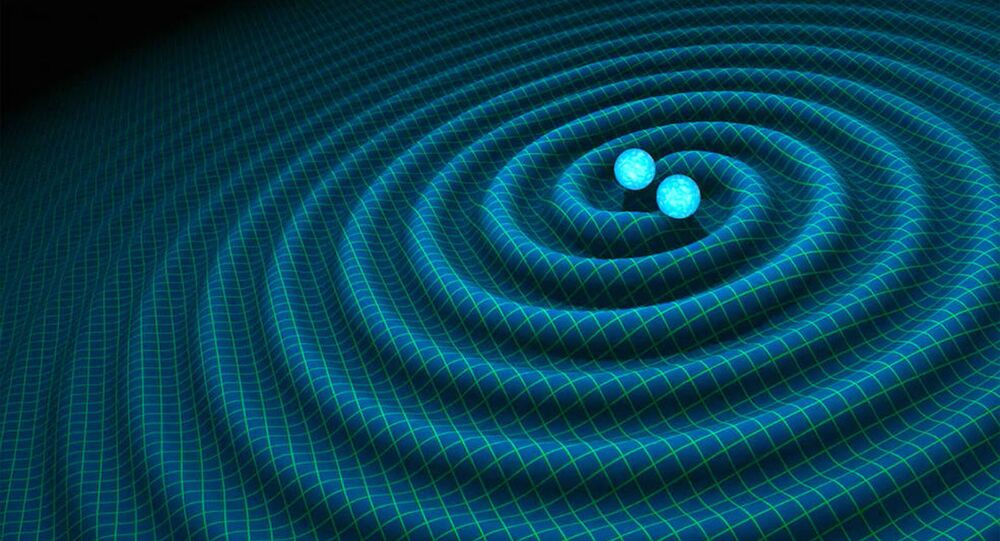 On September 14, 2015 the US-based Laser Interferometer Gravitational-wave Observatory (LIGO) registered gravitational waves, as foreseen by Albert Einstein a century ago.

© Flickr / Charly W. Karl
A New Era for Understanding Space: Gravitational Waves Explained
Gravitational waves are ripples in the curvature of space-time which propagate as waves, travelling outward from the source. Predicted in 1916 by Albert Einstein on the basis of his theory of general relativity, gravitational waves transport energy as gravitational radiation.

The groundbreaking discovery was made by supersensitive LIGO observatory detectors in the states of Louisiana and Washington.

What are they all about?

Ripples in the fabric of space-time called gravitational waves, produced by the merger of two black holes 1.3 billion years ago, were detected for the first time by scientists working at Massachusetts Institute of Technology and California State University at Fullerton.

The catastrophic collision of the two black holes 29 and 36 times the mass of the sun respectively, created a single, more massive spinning black hole.

In just a fraction of a second this huge mass turned into gravitational waves radiating about 50 times as much energy as the entire visible Universe.

What is a black hole?

A black hole is a place in space where gravity pulls so much that even light cannot get out. The gravity is so strong because matter has been squeezed into a tiny space. This can happen when a star is dying.

Why do we need gravitational waves?

The development of more sensitive gravitational wave detection antennas will allow for more accurate measurements of the accelerated expansion of the Universe, observe the spherical changes in the neutron stars and discover space-time defects which have happened since the time of the Big Bang.

The LIGO study of the gravitational waves is being done as part of a joint project which involves over a thousand scientists from the United States and 14 other countries, including Russia.