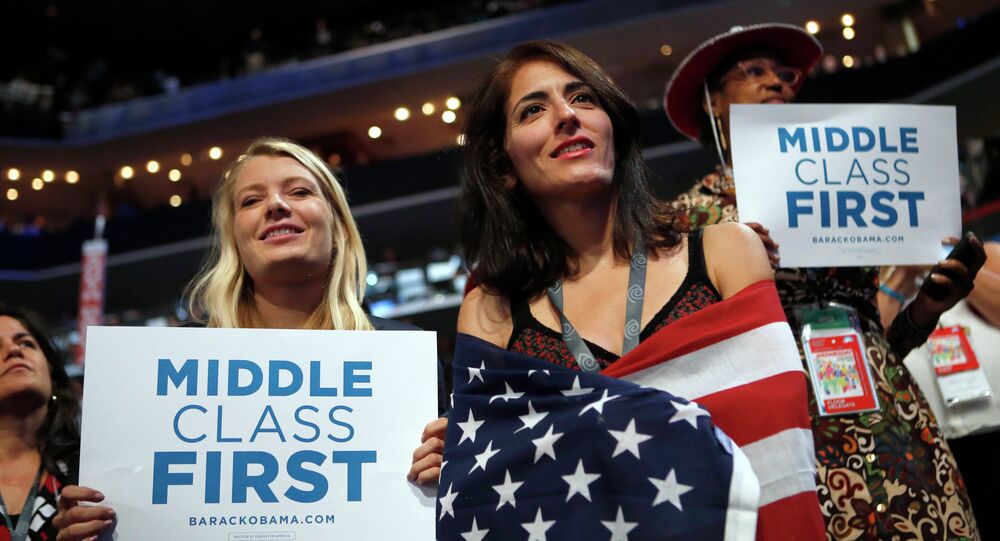 Gone With the American Dream: US Middle Class Now a Minority

For the first time in four decades, the majority of Americans do not fall into the middle class, according to a Pew Research Center report.

The report defines middle-income homes as earning between two-thirds and double the median household income, after incomes have been adjusted for household size.

"The hollowing of the middle has proceeded steadily for the past four decades," Pew concluded.

At the same time, the share of income going to middle-income households has also fallen, from 62% in 1971 to 43% last year.

The lowest economic group rose from 16% to 20% of the population. The lower middle remained the same. The highest group went from 4% to 9%. The upper middle rose by 2 percentage points.