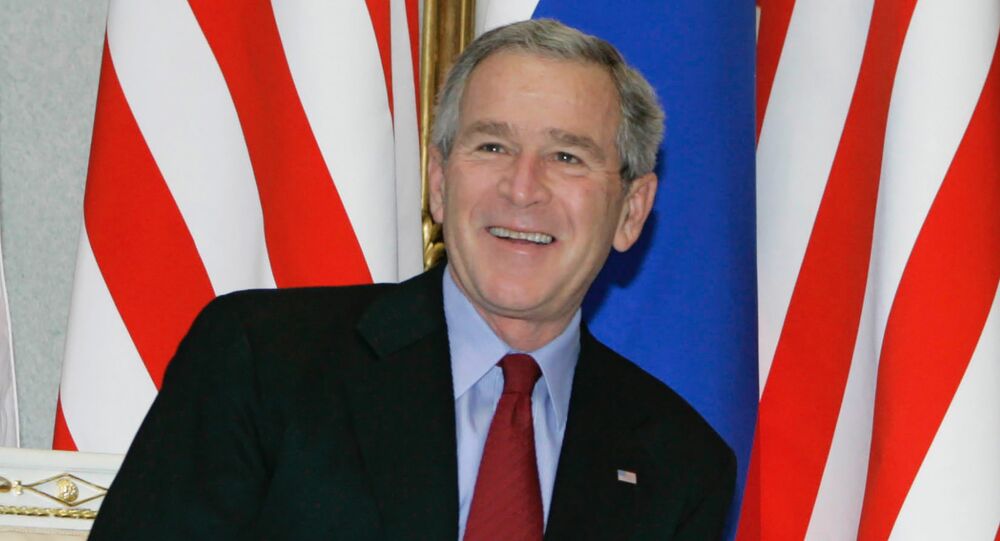 The former director of the US Defense Intelligence Agency - the States' highest-ranking military intelligence officer - Michael Flynn has admitted that the US was "too dumb" in its response to 9/11 and followed the wrong strategy in the Middle East.

© Sputnik / Dmitriy Vinogradov
US Must Cooperate With Russia, Arabs to Defeat ISIL - Retired US Intel Head
Flynn said that in the wake of the Paris attacks, and the downing of Russian Metrojet aircraft over Egypt, the West needed to rapidly learn the lessons from its post- 9/11 mistakes.

"We were too dumb. We didn't understand who we had there at that moment. When 9/11 occurred, all the emotions took over, and our response was, 'Where did those bastards come from? Let's go kill them. Let's go get them.' Instead of asking why they attacked us, we asked where they came from. Then we strategically marched in the wrong direction," Flynn told Der Spiegel.

The West has come in for severe criticism over its Middle East Strategy, which began with the invasion of Afghanistan in its fight against al-Qaeda and the Taliban, as well as its search to find Osama bin Laden. Although the US finally killed bin Laden in 2011, critics say Afghanistan itself remains deeply divided with warlords still operating in much of the country.

Many blamed intelligence failures and a deep lack of understanding of the complicated nature of Afghanistan's political landscape.

There was further criticism of the West for intelligence failures in the run-up to the invasion of Iraq in 2003. British intelligence sources said Saddam Hussein has weapons of mass destruction capable of being deployed and hitting the West within 45 minutes. That claim was later withdrawn.

Flynn said: "First we went to Afghanistan, where al-Qaeda was based. Then we went into Iraq. Instead of asking ourselves why the phenomenon of terror occurred, we were looking for locations. This is a major lesson we must learn in order not to make the same mistakes again.

"It was huge error. As brutal as Saddam Hussein was, it was a mistake to just eliminate him. The same is true for Moammar Gadhafi and for Libya, which is now a failed state. The historic lesson is that it was a strategic failure to go into Iraq. History will not be and should not be kind with that decision."

In the current situation in Syria and Iraq and the attempts to form a coalition of forces to take on and eliminate Daesh, also known as ISIL, Flynn admits airstrikes alone are not enough and that the West must engage with Russia to find a solution.

"The sad fact is that we have to put troops on the ground. We won't succeed against this enemy with airstrikes alone.

"We have to work constructively with Russia. Whether we like it or not, Russia made a decision to be there (in Syria) and to act militarily. They are there, and this has dramatically changed the dynamic. So you can't say Russia is bad, they have to go home. It's not going to happen. Get real."

Washington 'Suffers From a Severe Case of Strategic Confusion'