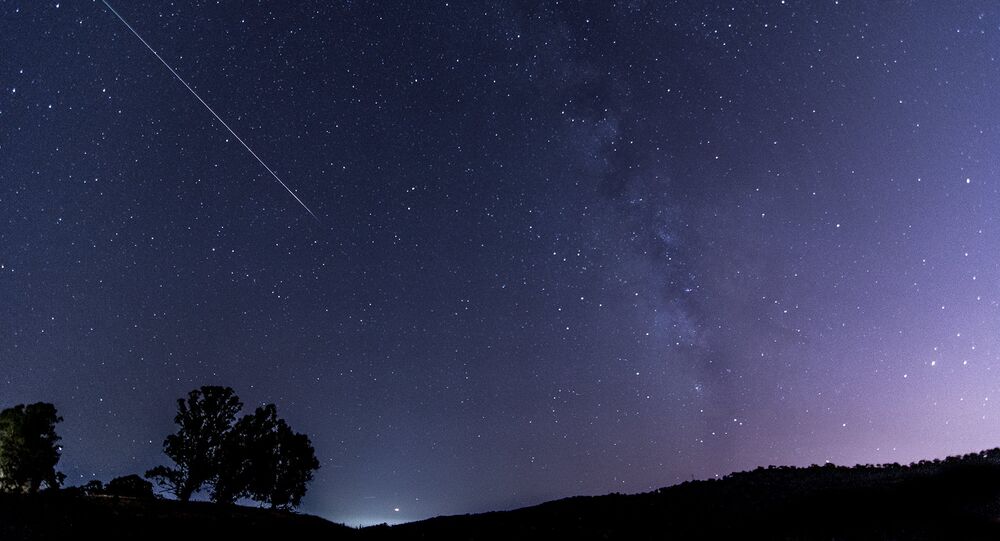 Heard across four US states in the Midwest, a loud explosion and a blue fireball streaking through the sky sent social media users into a panic.

Just before 11 PM on Thursday evening, a blue-green ball of light thundered across the sky. It was large enough to create a sonic boom, and the object could be both seen and heard across Indiana, Kentucky, Ohio, and Illinois.

"The sky got freakishly bright and I didn’t see it until I looked out," one Louisville resident told local WLKY. "It was a giant ball of fire. But, initially it was kind of terrifying for a minute."

That ball of fire was a large meteor, coming at the tail end of two major meteor showers – the Taurid and the Leonid – that occurred this month.

"Most shooting stars we see are the size of a frozen pea or a marble. When they get a little larger and hit the atmosphere at great speed, they make a sonic boom," Drew Foster of the University of Louisville’s Rauch Planetarium told WLKY.

"It was nearly as bright as a full moon would be. That’s an impressive piece of space rock."

Because of those twin meteor showers – as well as unseasonably warm weather which keeps more people outside to view the spectacle – the American Meteor Society said it “has logged a record number of fireball reports in the last two weeks,” according to local WLWT.

Roughly 172 fireball events have been reported in the past 11 days.

"This was the largest meteor event that I have ever seen. I saw it from inside my house," an Indiana resident told WLWT. "A large circular terminating flash that was much larger than the trail then it broke into several smaller trails."

With these kind of descriptions, it’s no wonder some jumped to the alien conclusion.