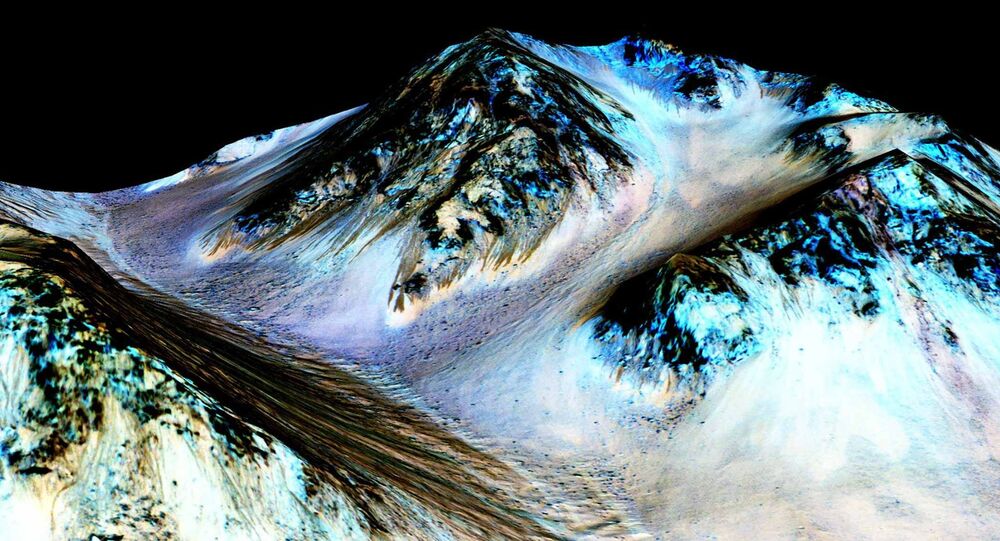 NASA has laid out a three-stage Mars exploration program which aims to send astronauts to the Red Planet during the 2030s.

SHEE Project
Pack Your Bags: NASA Details Plans for Astronauts to Live on Mars
The first step in the three-phase Mars plan is already underway; NASA astronauts and their international colleagues have been living aboard the International Space Station continuously, in roughly six-month-long crew rotations, since November 2000, Space.com wrote on Friday.

These astronauts’ experiences are helping researchers and mission planners better understand how spaceflight affects the human body and mind.

In addition, the space station allows NASA and its partners to develop and test critical technologies in areas such as life support and space-to-ground communications, agency officials said.

Next, NASA aims to gain deep-space experience near the moon on a series of missions over the next decade or so. In one such project a robotic probe will pluck a boulder off a near-Earth asteroid and haul it to lunar orbit, where it can be visited by astronauts in the future.

During the first such astronaut visit, slated for 2015, the astronauts will rendezvous with the asteroid chunk using NASA's Orion crew capsule and Space Launch System (SLS) megarocket.

Sending astronauts to Mars is the third stage of the plan.

NASA is still working out the details about the journey to Mars. For example, astronauts may stop at one of Mars' two tiny moons, Phobos and Deimos, along the way.

But putting boots on the Red Planet's surface, and setting up a permanent outpost, remains the ultimate goal, Space.com wrote.