© SHEE Project
Subscribe
NASA on Friday released a long-term report outlining its plan to send a team of astronauts to the Red Planet by the 2030s.

The 36-page report outlines NASA’s strategic mission to send human astronauts to live on the Red Planet and maintain a permanent human presence there.

“There are challenges to pioneering Mars, but we know they are solvable. We are developing the capabilities necessary to get there land there and live there,” the report reads.

Much of the objective list seems like something out of sci-fi novels or astronomy textbooks of decades past. Unlike the Apollo missions of the 1960s, Mars colonization will be an unending mission. 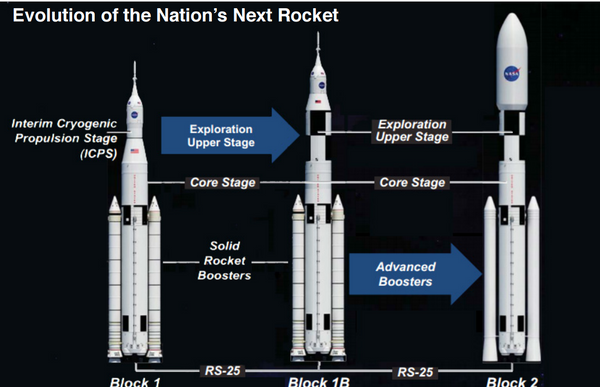 Evolution of the Nation's Next Rocket
© NASA . NASA

The crewed round-trip voyage is expected to take more than three years. In order to realize its lofty project, NASA has begun expanding its space travel infrastructure to involve three key phases:

Earth Reliant: much of the infrastructure built previously, such as the International Space Station, telescopes, satellites and cargo rockets comprise the already ongoing local phase of the mission. Currently, the ISS tests human health and behavioral research, near-earth communication systems and 3D printing, to name a few.

Proving Ground: the Orion, a new class of spaceship combined with a new Space Launch System, will test long-range travel for humans and cargo. Before an Orion/SLS heads to Mars, in 2020 NASA plans an Asteroid Redirect Robotic Mission to collect, analyze, and put into the orbit of the moon a large chunk of an asteroid. A Deep-Space Habitat will be created to help astronauts further test their health and transportation, to be fine tuned for an eventual manned orbiter to circle Mars. Solar powered propulsion will also be fine tuned.

Earth Independent: this is the Martian side of the transport and research infrastructure, which already include the rovers, landers and orbiters currently there. A Martian space station will be needed to serve as a habitable transit point between the surface of Mars and its moons, Phobos and Deimos, and the months-long journey between Mars and Earth. Advanced interplanetary communication systems will also be built, and will act as a data transiting hub, with a 20-minute delay in messages between worlds. Learning how to mine and convert Martian resources to create life-sustaining materials like oxygen, water, fuel and further building materials will be a centerpiece of independent Martian sustainability. 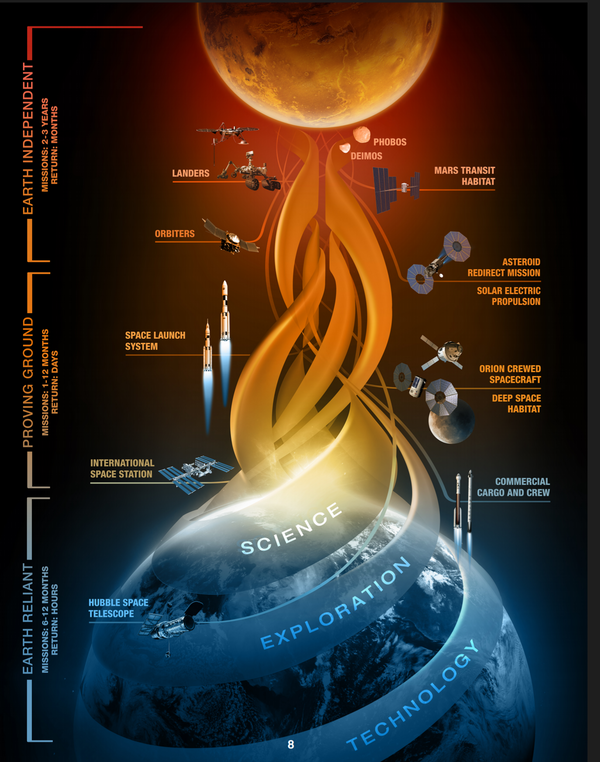 A planned investment in the three-tiered Martian travel infrastructure, while currently without a price-tag and seen as open-ended, is the best mode of planning, as a one-shot mission to Mars with no return would run the risk of being a total failure with no return on investment.

The long-term missions away from Earth’s strong gravity are expected to cause health issues — bone density loss, muscle atrophy, vision and other health issues. The lack of a Martian magnetosphere will also mean that astronauts will need constant protection from cosmic radiation until that problem is solved.