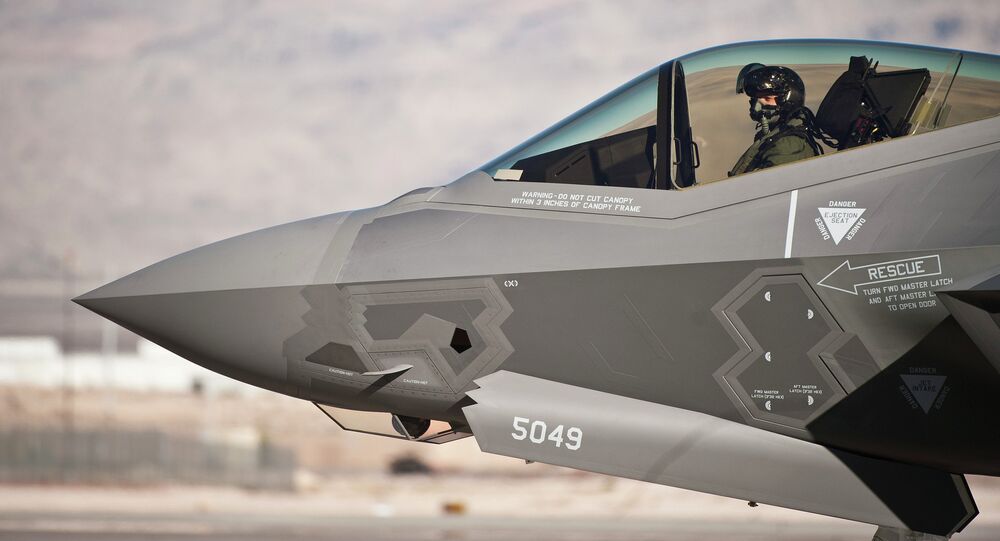 F-35 Ejection Could Snap a Pilot's Neck in an Emergency

Recent tests of the Pentagon's beleaguered F-35 jet revealed that a lightweight pilot's neck could snap when ejecting at certain speeds.

During testing of the new Generation 3 helmet this summer, the Martin-Baker US16E ejection seat snapped the necks of lighter-weight test dummies in slower-speed flights, according to a source with knowledge of the program who spoke to Defense News.

Until the potentially fatal problem is resolved, the US military will restrict pilots weighing less than 136 pounds from flying the plane.

"We're seeing these flight restrictions because the F-35's ejector seats weren't tested to the level they would be on a normal aircraft, and the Pentagon rushed to field them prematurely. This is yet another example of the kind of procurement malpractice we should be avoiding," the California Democrat said in an email to Defense News last week.

Representative Mike Turner, an Ohio Republican and the chairman of the House Armed Services subcommittee on tactical air and land forces, said an oversight hearing on the issue is scheduled for October 21.

At least one F-35 pilot is affected by the weight restriction, but that person is not Lieutenant Colonel Christina Mau, first and only female F-35 pilot, according to Joint Program Office spokesman Joe DellaVedova.

"The bottom line is they have to get into the realm where the seat allows that weight of a pilot less than 136 pounds [to] safely eject out of the airplane," Major General Jeffrey Harrigian, the F-35 integration office director, told Defense News last week.

"They found some areas that, particularly at slower speeds, they were concerned about, so that drove the restriction that we have right now."

When a lighter pilot is ejecting, the Martin-Baker seat rotates forward a bit too much, Defense News reported. The forward motion combined with the force of the ejection proved snapped the necks of lighter dummies.

© Wikipedia
Who Will Have Technical Superiority: Chinese J-31 or US F-35

"It's that light pilot and the center of gravity of the seat," Col. Todd Canterbury, former commander of the 33rd Fighter Wing, told Defense News last week. "It all has to do with getting that center of gravity kind of located within the window, we call it, for safe seat-man separation."

Canterbury said the JPO is working closely with Martin-Baker and aircraft builder Lockheed Martin on a permanent solution.

The weight issue is the latest flaw in the F-35 program which, at a total cost of more than $1 trillion, is the most expensive weapons program in the Pentagon's history. It has been plagued by systems malfunctions, cost overruns and schedule delays.