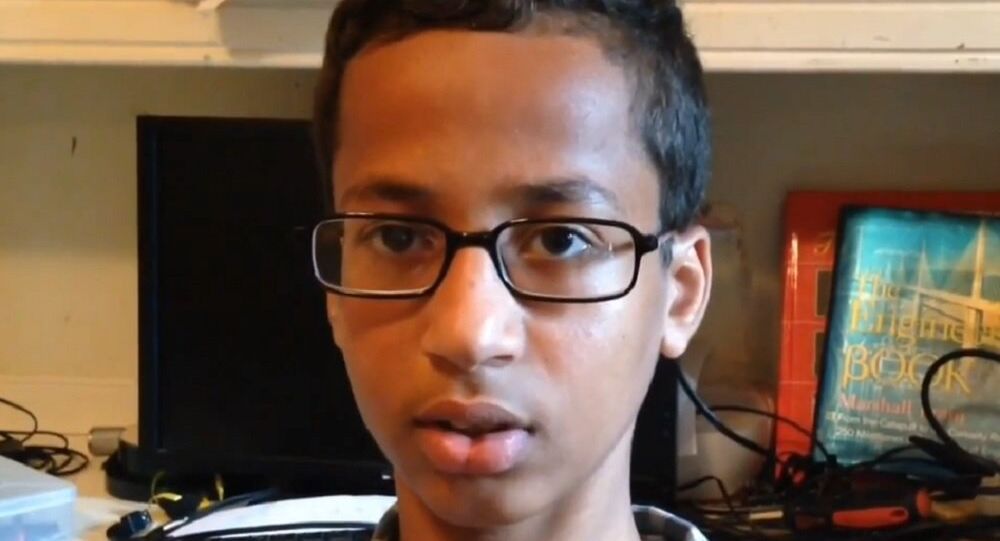 Only hours after reports emerged of a 14-year-old being arrested for bringing a homemade clock to school, he’s already garnered some high-profile support.

On Wednesday morning, 9th grader Ahmed Mohamed was taken into custody. His crime? Being more technically savvy than the average high school science student who just dumps some baking powder into a papier-mâché volcano.

A bit of an electronics whiz, Ahmed brought a homemade clock to school to show his teachers. But rather than applaud his ingenuity, school authorities saw a digital analog display and immediately assumed: bomb.

The boy may have been suspended for three days and interrogated by five police officers, but the incident has earned him support from some pretty prestigious people, all of which are, shall we say, a little more appreciative of engineering prowess.

Speaking before reporters, Ahmed said he would definitely take the president up on his offer.

For many, it’s hard to ignore the role of Islamophobia in Ahmed’s suspension, and White House Press Secretary Josh Earnest touched on these sentiments.

"It’s clear some of Ahmed’s teachers have failed him," Earnest said, according to the Hill, adding that the incident could be viewed as a "teachable moment" about the dangers of "pernicious stereotypes."

Former Secretary of State Hillary Clinton also voiced her support for the 14-year-old.

"Having the skill and ambition to build something cool should lead to applause, not arrest," Zuckerburg wrote in a Facebook post. "The future belongs to people like Ahmed."

"Ahmed, if you ever want to come by Facebook, I’d love to meet you," he added. "Keep building."

After an extensive investigation, police in Irving, Texas have dropped the charges after deciding that the clock "apparently was a homemade experiment, and there’s no evidence to support the perception he intended to create alarm."

Job well done, boys. Speaking during a news conference, Ahmed said he was pleased that the charges were dropped, but said that he would likely be transferring to “any different school.”