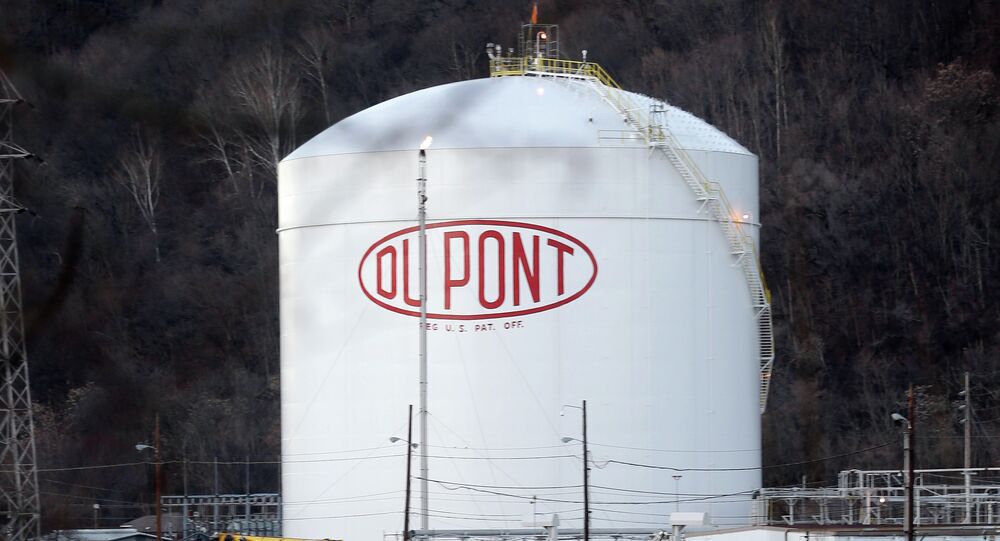 One of world’s largest chemical producers, DuPont, is facing litigation from 3,500 West Virginia residents for allegedly contaminating drinking water with a toxic acid that’s been linked to serious disease in thousands of Americans.

Teflon, Nylon and Kevlar — materials that have benefited generations of people worldwide. But what about their cost to the environment?

© AFP 2021 / HERWIG VERGULT / BELGA
New Teflon Chemicals Pose Potential Threat to US Consumers - Advocacy Group
Perfluorooctanoic acid (PFOA), or C-8, has been used by DuPont’s Washington Works plant in Parkersburg, West Virginia since the 1950s as a processing aid for Teflon and other products.  But fifteen years ago it was discovered how dangerous to human health the toxic substance was, Reuters reports. So, the company started phasing out use of C-8. Slowly.

For some, it was already too late. They claim the deadly acid poisoned water supplies, causing any number of serious illnesses, six of which a panel acknowledged in 2004 as being linked to C-8: kidney and testicular cancer, ulcerative colitis, thyroid disease, pregnancy-induced hypertension and high cholesterol. Their cases will be now reviewed in US court.

The first plaintiff is Carla Marie Bartlett, who says she developed kidney cancer developed after drinking contaminated water. She is one of approximately 3,500 who have sued DuPont in federal court in Ohio. The second trial is due to start in the end of November.

Share if you think DuPont should filter the water in ALL of the communities it put at risk through C-8 contamination.

© AP Photo / Steve Helber, file
Environmental Officials Monitor DuPont Plant Facing Toxin Injury Trials
A class action lawsuit against DuPont over C-8 was brought fourteen years ago. In 2004, the company settled, approving funding for medical monitoring programs and the installation of advanced water treatment systems. The company also convened a panel of scientists, which determined the link between C-8 and the six diseases.

"We have a problem here in West Virginia and even at the national level, where regulatory agencies are not necessarily doing the best job they could in monitoring and policing these types of facilities," West Virginia Citizen Action Group Executive Director Gary Zuckett told Sputnik earlier.

Commenting on Barlett’s case, DuPont stated it believes Bartlett’s exposure to C-8 was insufficient to cause health problems, and that other factors, like obesity, may be to blame for her cancer, Reuters reported.

Spokesman Daniel Turner said in a statement that DuPont has worked with regulators, employees and residents to address health and safety concerns, and the company said it has phased out the use of C-8 in recent years.