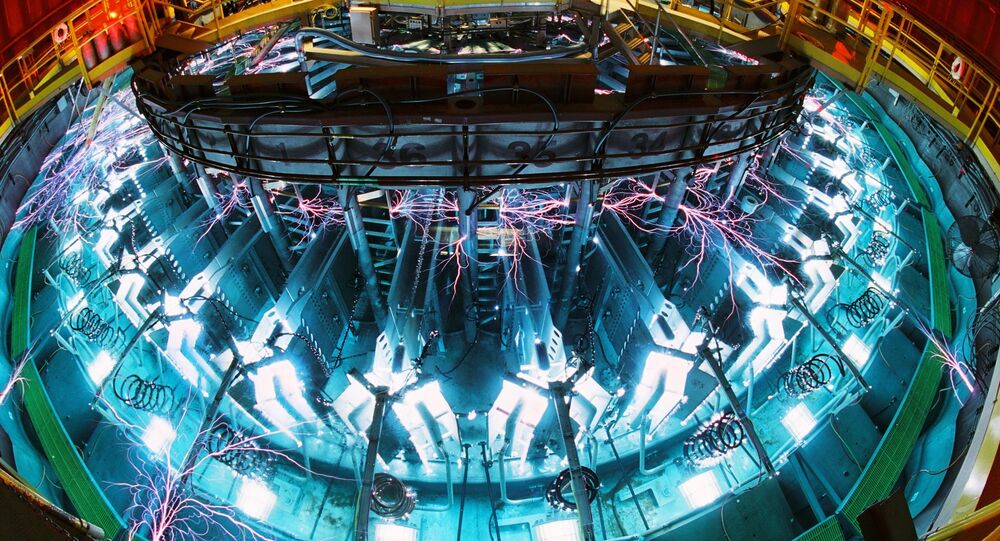 A US nuclear weapons lab owned by a subsidiary of Lockheed Martin will pay back millions to the federal government, following allegations that it used taxpayer money to lobby for new government contracts.

It’s no secret that private defense contractors lobby the US government for contracts. But Sandia Corporation, a subsidiary of aerospace giant Lockheed Martin, has been forced to repay $4.79 million to settle allegations that it improperly used federal funds.

According to a report from the US Energy Department’s inspector general, Sandia National Laboratory in Albuquerque was found to be using federal money from existing contracts to lobby the Obama administration for future contracts.

The report described the actions as "inexplicable and unjustified."

"The money allocated by Congress for the Sandia National Laboratories is designed to fund the important mission carried out by our national laboratories, not to lobby Congress for more funding," Benjamin C. Mizer, head of the US Justice Department’s Civil Division, said in a press release.

The Justice Department also accused Sandia of attempting to bid in such a way that it blocked competition from rival companies. Between 2008 and 2012, Sandia used government money to target not only then-Energy Secretary Steven Chu, but also his family friends, and colleagues, as well as members of Congress.

While the company will be forced to repay the millions spent on lobbying efforts, the Justice Department has not yet decided if it will press criminal charges, according to documents obtained by the Center for Public Integrity.

"There should be criminal prosecutions for clear violations of federal anti-lobbying laws," he wrote on NWNM’s website. "Lockheed Martin clearly broke the law by engaging in illegal lobbying activities to extend its Sandia contract without competition, and earned more than 100 million dollars while doing so."

The Justice Department also forbid Sandia from paying its fine with money received from federal contracts.

Incredibly, multi-million dollar violations of anti-lobbying laws do not necessarily mean that Sandia will lose future contracts. Michelle Laver, a spokeswoman for the Energy Department’s National Nuclear Security Administration noted that the company’s renewal will be based "Past performance."

"Federal acquisition regulations require that past performance be looked at as part of any and all contract awards," she said, according to Reuters.

This isn’t even the first time that Sandia has misused taxpayer money.

"Perhaps [Sandia] felt empowered because it had improperly directed Federal funds to similar activities in the past," Energy Department officials wrote last fall.

That investigation related to corporate emails which showed the company’s habitual practice of improperly using funds.

"We used operating costs in the same way in securing the extensions in [1998] and 2003," one official wrote, according to the Washington Post.

In response to the latest allegations, Sandia has admitted no wrongdoing.