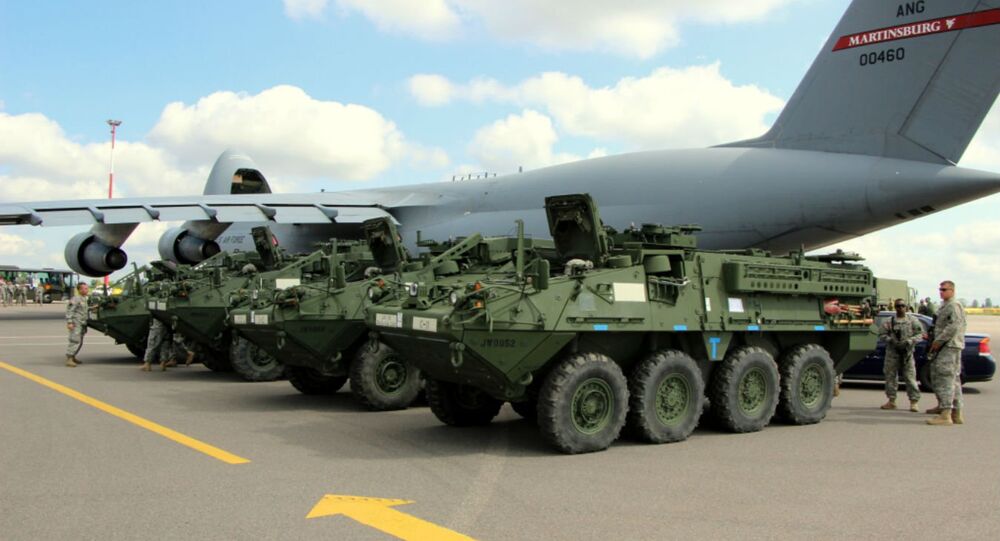 Three months after the US Army requested an upgrade in military hardware, their Strykers based in Europe will soon be outfitted with 30mm cannons. The reason? Fears over Russian BMP-3s and BTR-80/82s.

The US Army’s 2nd Cavalry Regiment is one of only two US combat brigades left in mainland Europe. Based out of Germany, the squadron went on an 1,100 mile “Dragoon Ride” through the Baltic nations in April.

Designed as a way to showcase US military might in the face of alleged Russian aggression, the march did serve at least one practical purpose. Compared to the 100mm guns and 30mm canons of Russian transport vehicles, Army staff noticed that the 12.7mm canons of the Stryker were far too small.

Col. John Meyer, the unit’s commander, put in a request to upgrade the canons of 81 Strykers to 30mm. With a cost of $3.8 million per vehicle, those upgrades will begin soon, and could be complete within a “realistic” timeframe of 24 to 36 months.

"I did intend for it to be urgent, and the time frame I looked at is the next two years,' Meyer said during a Pentagon news conference on Wednesday.

According to Ohio Senator Rob Portman, the Army had planned to upgrade the Strykers in 2020. But, speaking to Defense News, he said that was "prior to the deteriorating situation in Europe," and that plan had to be fast-tracked.

The Army’s most likely choice is the 30mm Bushmaster II, which "can destroy anything short of a heavy tank, and do considerable damage even to those," Jim Hasik, Brent Scowcroft Center senior fellow for defense, told Defense News.

That’s if military engineers can manage to attach such a large gun to the relatively small frame of the Stryker. Earlier experiments in attaching a 105 mm Mobile Gun System proved futile.

"MGS was a failure, which is why they stopped producing them," a Hill staffer told Breaking Defense. "That said, MGS is better than nothing in terms of fire support. These [proposed] 30mm remote weapon stations help quite a bit."

Strykers are the largest US military vehicles in Europe, but reports from Tuesday suggest that the Pentagon may send M1 Abrams tanks and M2 Bradley infantry vehicles to Hungary in 2016. According to the Hungarian Napi Gazdasag newspaper, the vehicles would then be used in NATO military exercises in the region.

Washington has repeatedly cited “Russian aggression” as an excuse to increase its military presence in Eastern Europe. These actions are based largely on unproven allegations of Russia’s involvement in Ukraine, which Russia denies, and Moscow has repeatedly expressed concern over the potentially destabilizing influence of provocative NATO actions.