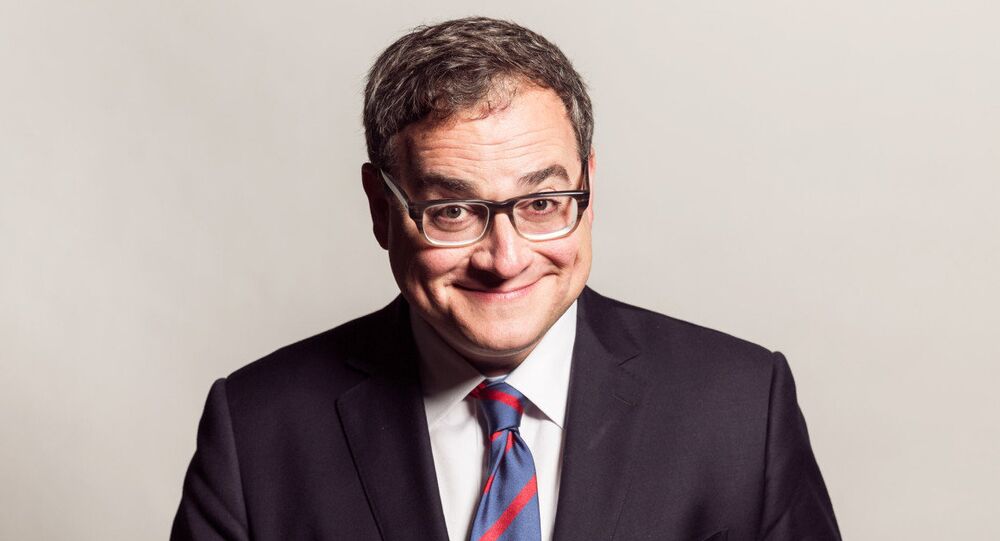 Canadian lawyer and media personality Ezra Levant, who was cited by the Law Society of Alberta for remarks he made about the province's human rights commission, said his prosecution is "crazy."

In a March 2014 Toronto Sun opinion column titled "Next stop, crazy town," Levant called out the Alberta Human Rights Commission's ruling that the province's engineering exam "discriminated" against an immigrant who failed the test three times. Levant also slammed the commission's order to Alberta's engineers to pay him $10,000 and lower their standards.

"But with human rights commissions, when you think you've hit rock bottom, you haven't," Levant wrote. "The crazy keeps going down. You gotta get out your shovel and dig to get to the crazy that's underneath the crazy."

Lawyer and then-Alberta Human Rights Commission member Arman Chak launched a complaint to the Law Society that same month, saying Levant's comments were "inappropriate and unbecoming" of a lawyer, even though Levant had not practiced law in years.

The complaint was initially dismissed without a hearing, with the Law Society ruling that Levant was acting as a journalist when he made the statements about the Commission. But Chak appealed last fall, and the panel granted his appeal seven months later, paving the way for a hearing on the citations in October.

Interestingly, a month after Chak appealed the Law Society's ruling in Levant's favor, he was dismissed from the Human Rights Commission. Chak has since sued the Commission for wrongful termination and defamation.

In an opinion column published Thursday in Canada's Financial Times, Levant writes: "Have you ever heard of a journalist being prosecuted for being disrespectful towards a government agency? A journalist in Canada, that is – not in China or Russia."

"To my knowledge the decision to prosecute me is unprecedented," he wrote. "I'm not even a practicing lawyer. I'm a journalist who happens to be trained in the law. There are tens of thousands of inactive lawyers like me in Canada."

Levant said that he values public debate, and is "going to keep calling the human rights commission 'crazy' for the rest of my life. And the fact is that their old prosecutor is still trying to get me – that is a bit crazy, isn't it?"