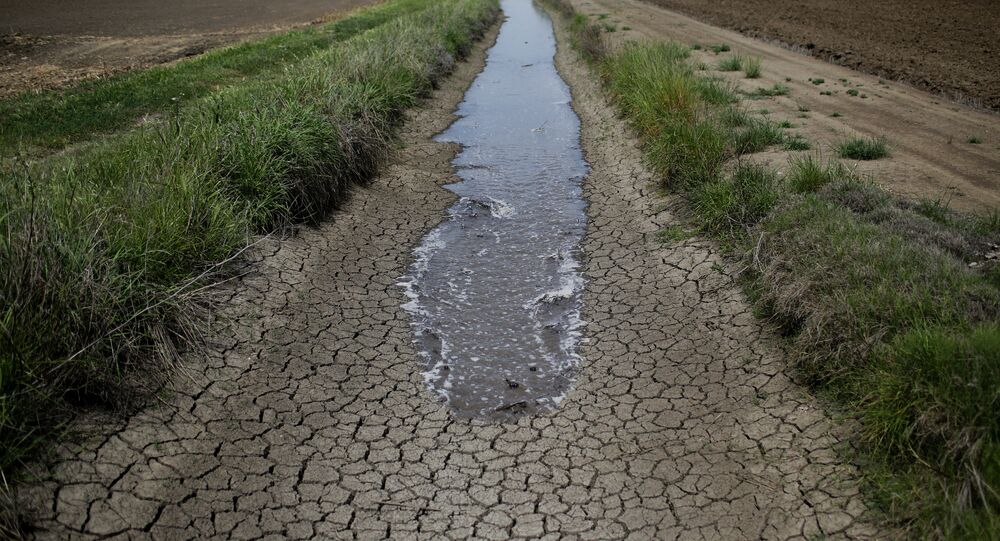 As the drought in California drags on for a fourth year, the state’s rural poor are struggling to carry on, and many are beginning to fear dangerous concentrations of arsenic in their drinking water.

© Flickr / Don DeBold
California Residents Bear Brunt of Water Restrictions While Big Business Gets a Break
Prompted by the longest drought in history, California Governor Jerry Brown issued statewide mandatory restrictions in April as part of an effort to ameliorate the state’s water shortage problem. Subsequently, for many the drought has meant having to take shorter showers or not being able to water their lawn. But for the rural poor, even drinking water comes with its risks.

Arsenic is a naturally occurring element that can be found in rock and sand across the United States. In low concentrations, the element is believed to be safe, and that tends to be the case in areas where water shortage is not a problem. However, for the groundwater in some of California’s rural valleys, where farmers and municipalities are desperately sucking water from deep underground, the levels are much significantly higher than considered safe.

In high doses, the toxic element has been linked to bladder, lung, and skin cancer. It has also been linked to respiratory infections in small children and is known to cause birth defects.

According to the Washington Post, the groundwater feeding the community well at St. Anthony Trailer Park, just 40 miles from Palm Springs, has such potent levels of arsenic. A recent test confirmed that the community well has twice as much arsenic as is considered safe.

The water-treatment facility in the area says the water is safe to consume, but many residents don’t believe it, citing concern with the water’s smell.

"It smells like plastic, like it’s been stored there forever," resident Gaudelupe Rosales told the Post. "It foams a lot when you pour it out, and that concerns us."

"We don’t have confidence in [the water]," another resident, Rosa Magullon, said. "It was never great," adding that it had only gotten worse since the drought began over three years ago.

Instead of drinking the water from the well, the residents said they have started driving 10 miles to a grocery store to buy bottled water.

Magullan and Rosales’ case is just one of many that are raising concerns about the future of California, especially its rural towns. The rural valleys of Coachella and San Joaquin have been the hardest hit by the drought, and politicians and activists are scrambling to solve the crisis and bring water to the homes of hundreds without it.

Tulare County, in the southern part of San Joaquin Valley, has become virtually completely dry. Officials and activists are trying to place water tanks in about 1,200 homes in the area, but that is still far below the required number.

The county has resorted to place 3,000 gallons of water in two tanks in two separate locations for people to collect water from for their most basic and essential needs. The initiative, which began a year ago, was meant to be an interim solution, but with the drought dragging on, it now appears to be the only one for most residents.

"We need rain. We need snow in mountains. We need to recharge the groundwater," Paul Boyer, director of community development for Self-Help Enterprises, told the Post. "We’re coming up on the driest part of the year."